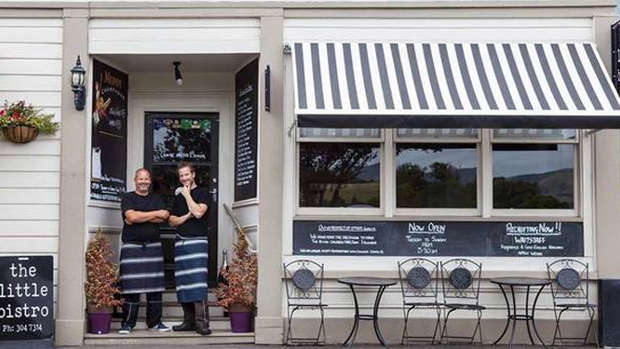 A restaurant has told parents to leave their kids at home - they're not welcome.

The Little Bistro restaurant, in Akaroa, doesn't permit children under 10 to eat on the premises.

Owner Richard Uttely said the move to go child-free came after several complaints from diners and an incident where a child ran into an employee, injuring her.

"A child ran into a waitress with a tray of glasses and she cut her arm pretty severely," Uttely said.

"As an employer we are responsible for minimising health and safety risks to our employees."

Uttely said the size of the Banks Peninsula restaurant was another factor that led to the policy.

"Tables are intimately tight so there is no room for children to play, run around or be off their seats even."

He said their original intention was to set the age at 12.

"But after consulting several parents who dine at the bistro, school teachers and looking into the stages of psychosocial behaviour, we felt that the age was too high and reduced it to 10," Uttely said.

A woman, who doesn't wish to be named, took her 8-year-old granddaughter to the restaurant last weekend only to be turned away by Uttely.

She said her main gripe was that the policy wasn't well advertised and if she'd known, she would not have taken the child.

Uttely insisted it was online and said it was also written in chalk outside the restaurant.

The woman said that while the restaurant is entitled to its own policies, it is unfair to stereotype all children.

"No child of mine has ever eaten off a kids menu and had a nugget, because I can't stand that. I want children to learn about good food. My manners are impeccable, as are my children's and my grandchildren."

In another incident last year, a woman left a review on Trip Advisor that said she was disappointed about the policy.

Uttely posted the review to the restaurant's Facebook page, where it drew a number of supportive comments.

Uttely believed his restaurant wasn't the first in New Zealand to go child-free.

"It's quite common place to find hotels and restaurants which are adult only, in lots of cases it's a restriction of the venues liquor licence," he said.

General manager of Restaurant Association New Zealand, Nicola Waldren, said some restaurants were trying to create an atmosphere that was less suited to young children.

"In that case, we would recommend that the restaurant has a policy that clearly outlines this to reduce the of alienating customers that want to dine out with young children."

She said restaurants can avoid alienating families with young children and encourage they dine earlier in the evening.

"This will alleviate the impact on other diners who may find that young children can affect the ambience of their dining experience."

From a legal standpoint, Waldren said there are two pieces of legislation that come into play with Uttely's policy – the Sale & Supply of Alcohol Act, the Human Rights Act and the Health & Safety at Work Act

"You can't discriminate by age, however this applies to people over the age of 16 years. So, if their policy was for children, this is lawful," she said.

But under the Human Rights Act, it was "not unlawful to treat people under the age of 16 differently on the basis of age".

Anyone who feels like they may have been discriminated against can contact the Commission's enquiry and complaints team.