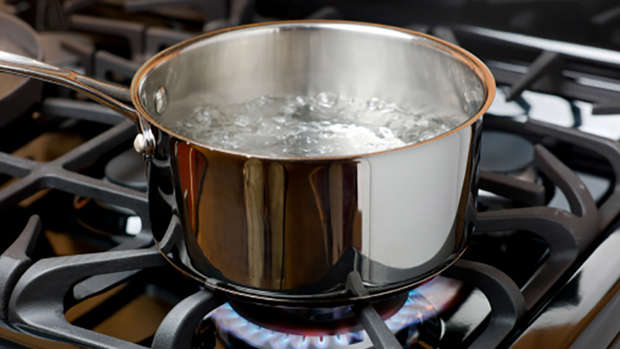 Parents; a dangerous, worrying and absolutely stupid viral challenge is taking off again.

Young kids are partaking in the "Hot Water Challenge."

The horrifying game, which is spread through social media, sees children dare each other to consume boiling water through a straw or throw it on an unsuspecting person.

Numerous kids have been injured by the challenge, and sadly, in July last year, one child died.

Eight-year-old Ki'ari Pope tragically died due to complications after her cousin dared her to drinking boiling water through a straw.

Ki'ari suffered burns to her mouth and throat, the Palm Beach Post reported.

READ MORE:
• Pets take on the Mannequin Challenge and it's beyond cute

Just last week 15-year-old Kyland Clark suffered second-degree burns on his back, chest, and face after his friend poured boiling water on him as part of the challenge.

"I looked down at my chest. My skin just fell off my chest, and then I looked in the mirror and I had skin falling off here and on my face," Kyland said.

Kyland, who is expected to heal from his injuries, says he wants to warn other people not to do this challenge.

While another child, 11-year-old Jamoneisha Merritt, was admitted to hospital last year with second-degree burns to her face, neck, shoulders and chest, after her friend had poured boiling water on her during a sleepover.

"She's emotionally messed up. She doesn't understand why they did that to her. She thought they were her friends."

Why are these children accepting the dare? We don't know.

But for the safety of your own kids, talk to them about these challenges and please watch what they consume online.

We need to put an end to the Hot Water Challenge, immediately.