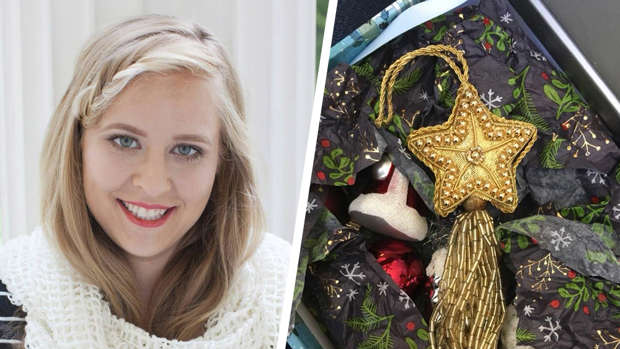 Christmas time can be stressful, especially if you work in retail having to deal with disgruntled customers.

But after one woman bumped heads with a "rude and belligerent" customer, she managed to pin down the ultimate revenge.

Sarah Belanger Demaneuf – who worked for an unnamed retail chain 17 years ago – revealed her amazing story of vengeance on Facebook.

"A terrible woman (dressed to the nines and driving a high-end Lexus, so pretty well off) came into the store and wanted four star ornaments, but wanted to only pay .25 cents a piece," Sarah explained, noting that the ornaments were already discounted to 50 cents.

"She started arguing with me, becoming increasingly rude and belligerent. After not bullying me into caving she said ‘Fine! My friend works at the other store in Huntsville and she told me that all the ornaments will be 90 per cent off tomorrow, so I'll just come back in the morning’. ‘I can't guarantee they'll still be here,’ I said. And the jerk said, ‘There are 12 in the store. No one is going to buy all 12. I'll get what I want, prepare to feel stupid tomorrow’."

"So in an anti-grinch moment my heart shrank 3 sizes and I bought all 12 star ornaments," Sarah continued. "I then called the other Huntsville store and bought ALL their ornaments. And just to be extra spiteful I bought all the star ornaments in Decatur and Florence. It was the most vengeful $30 I ever spent."

"The next morning she was at the store as soon as we had opened. I had the pleasure of telling her that ALL of the star ornaments in North Alabama had been sold to one customer. The look on her face was worth every penny spent."

"For years I gave the ornaments to friends and family, but I saved just one for myself."

How's that for an epic revenge story?!