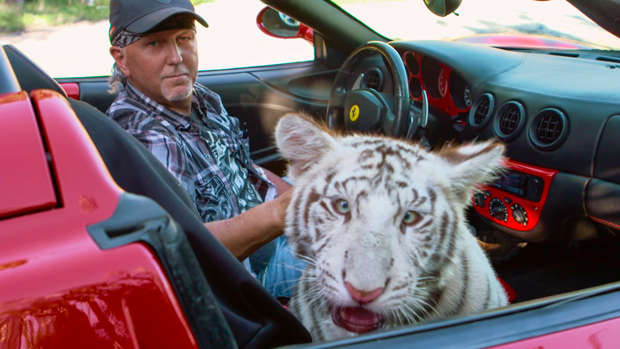 If you're like the rest of us, obsessed with the Netflix phenomenon, Tiger King, then you will be well aware of exactly who Jeff Lowe is.

He and his wife Lauren, joined Jono and Ben on the air today to talk about the viral docu-series and everything we didn't get to see behind the scenes.

As well as giving an update on how the big cats are doing they cleared up the bizarre internet rumours that Jeff is actually Carole Baskin's ex-husband and if he in fact tampered with Joe Exotic's shoes which led to a vicious Tiger attack.

Jeff also confirmed that he believes Joe did in fact put out a hit on his nemesis Carole - for which Joe is now serving a 22-year sentence in jail.

Watch Jeff and Lauren Lowe's eye-opening interview in full above.

You can stream Tiger King: Murder, Mayhem and Madness on Netflix now.