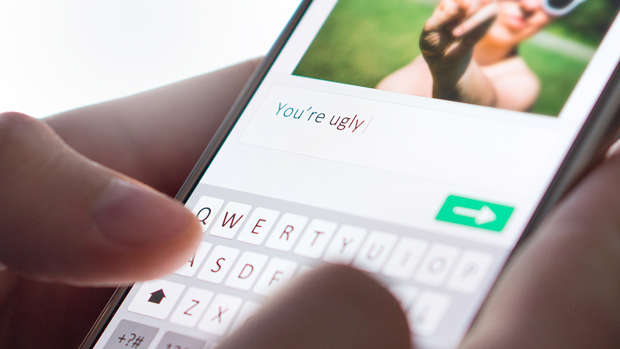 Through your journey in life, there will be a conveyer belt with an unending supply of idiots and a-holes that will come and go in your life. Whether you stop to dance with any of them is your choice.

If someone is hating on you, the following reasons are commonly true:

The most fabulous people have haters for a reason, so take it as a compliment. Haters are gonna hate and you’re not going to be everyone’s cup of tea.

‘Internet trolls’ or ‘Social Media Trolls,’ a.k.a. ‘Keyboard Warriors,’ are miserable souls who harass others online, by posting hurtful, abusive and inflammatory comments or messages, designed to upset an individual, and/or their group of followers. Basically, a social media troll is someone who purposely says something contentious to get a rise out of others.

An internet troll’s language is mostly controversial, but it can also be influential. It is specifically designed to get you to react, and if you do reply, they win. They are angling for attention and gain their power by evoking a response in a public forum.

Typically, trolls don’t have a broad audience of their own on any social media platform but typically rely on your audience and social media following to leverage and magnify the message. However, this is not always the case. The most infamous internet troll would arguably be U.S. President Trump who regularly trolls’ immigrants, and opposition Democrats. It seems no one is immune from his online tirades, and divisive comments that can best be described as promoting bullying.

For example, President Trump regularly attacked then-President Barack Obama with tweets insinuating that was he was not born in the U.S.A. When, in fact, it was well publicised that he was born in Hawaii. President Trump  threatened nuclear war on social media when he commented that threats from North Korea against the U.S. “Will be met with fire and fury.” He continued to heckle and belittle North Korean leader Kim Jong-un online, calling him “Little Rocket Man.”

No matter how famous, popular, or well-travelled you are, it’s important to remember that we are all human. We all have feelings. And we all experience a range of emotions. You cannot know what is going on in people’s lives and how your comments can affect them. Some people are more susceptible to negativity than others, and if you make a negative comment - some people can burst into tears.

Some people will take it on board, and if they are willing to make changes in their lives, may modify their behaviour. Others will react instinctively and go on the attack by verbally lashing out, grabbing their keyboard and bite right back.

Tips for how to deal with nasty messages

One option when you receive a rude or offensive comment or message on social media is to delete and block if you have the authority to do so. It may be easier to delete annoying comments rather than engaging in conversation with the ‘troll’ if you consider the remark blatantly offensive or if they are likely to offend others. Don’t fuel the fire by letting trolls use your social media networks as a platform to project negativity. Don’t feed the trolls. Otherwise, they keep coming back for more.

If you do engage with comments from trolls you risk promoting their message, however, by not responding to their comments directly, and simply deleting them you haven’t stooped to their level. I find most people who send nasty messages are unhappy with their own life and lashing out at others to make themselves feel better. When someone is being judgemental to others, a lot of the time, they are being triggered by traits they don’t like about themselves. If you spot it, you got it …

If you do choose to respond, it could be due to a customer complaint that needs to be addressed, and therefore should be done quickly, and in public. Stay positive, use a respectful and apologetic tone to keep the mood light and friendly, and remember not to take it personally. If your company made a genuine mistake, admit it and use your customer service skills to publicly post an online apology. It may be best to contact the customer who complained privately or request online, for them to contact you, to fix the specific problem. If you learn how to respond positively and effectively to adverse comments on social media sites, your customers will be happy, and will continue to support you.

You can use your response as a teaching moment, putting some thought into your retort. Another way to respond to Trolls is to use humour. Hurt people, hurt people so remember it’s not about you, you just happen to be a convenient target for that person to let off steam.

Wendy’s, the fast-food company, is well known for its humourous tweets on Twitter. For example, responding to a person who asked, “@Wendys my friend wants to go McDonalds, what should I tell him?” tweeted “Find new friends.” Or when one troll tweeted “@Wendys can you find me the nearest McDonalds?” simply send a photo of a trash can. By using humour, and making light of the situation you simultaneously acknowledge the situation and defuse it.

Responding with facts to trolls who post misinformation or who are spreading rumours is a positive way to fight back. Apple Inc., famously addressed the issue of potential bending of their iPhone 6, when it was first released by admitting there was an issue, and that it affected very few customers. They quickly and effectively shut down any insinuation or rumour.

What I have learned about abusive people online is: people are angry, angry about what’s happened to them, and they are lashing out at the person who triggers them for whatever reason. Anger is contagious, and sometimes the best way to diffuse it is with kindness and empathy. Just because someone throws some s*** at you, doesn’t mean you need to pick it up and throw it back. As my grandmother used to say, if you can’t be kind, be quiet.