Netflix's latest hard-hitting TV series, 13 Reasons Why, has not only struck a chord with viewers but has caused controversy and debate among professionals.

The series - based on the novel by Jay Asher - follows the story of Hannah, a 17-year-old girl who takes her own life, leaving behind cassette tapes for classmates she feels contributed to her pain.

In New Zealand and Australia 13 Reasons Why has been slammed by health foundations who say the US drama should have never been released and that it is 'glamorising' suicide.

Shaun Robinson, the chief executive of Mental Health Foundation New Zealand says that although he has not seen the series himself, he is worried the show is portraying suicide in a harmful way.

"It is important to discuss suicide," he told Fairfax, "but what is not appropriate is to raise these issues in a context of a lack of hope and to present the notion of someone taking their own life as inevitable or heroic or something to be emulated". 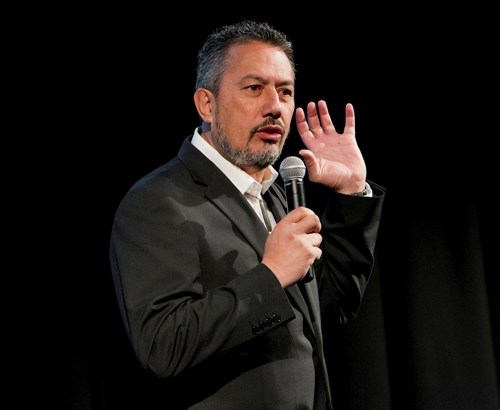 King explains that although 13 Reasons Why is graphic, it is "far from glamorous" and in fact, gives many young watchers "cause and pause to think about their actions".

"It's time we changed the conversation from 'should we or shouldn't we' to 'how should we talk about this subject'", King tells Sarah, Sam and Toni.

King also urged parents to get alongside their teenagers and have these difficult but important conversations with them.

"If you're a parent, please sit down and watch it with your children.

"Our kids are more intelligent than you give them credit for. Watch the show with them and then ask how they felt, talk to them about their feelings and their opinions. It's uncomfortable, but we need to put our kids in uncomfortable situations and be there with them."