President Donald Trump has appeared to have broken strict royal rules already in his three-day UK stay where he met the Queen for his second time.

The US President and his wife Melania were the guests of honour at the swanky celebration which was filled with some very strict rules Trump was expected to follow.

After his speech at the Queen's State Banquet on Monday evening, Trump appeared to have lightly touched the Queen's back. 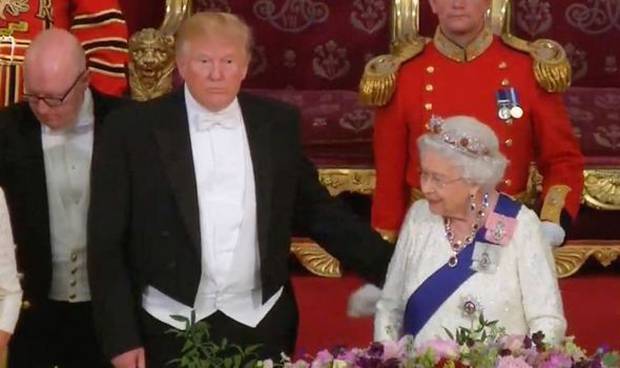 Oops! Donald Trump placed his hand on the Queen's back. Photo / Sky News

Royal protocol states that one must not touch the Queen unless she offers her hand to you first.

At the time, the Queen did not react to Trump's gesture in a noticeable way.

Former first lady, Michelle Obama first violated this rule in 2009 when she hugged the Queen during her visit — it seems Trump is following in her footsteps a decade later.

For the quick 1 hour 20 minute banquet, there is months of preparation to ensure the lavish evening follows strict tradition and etiquette.

Here are a few:

A team of three people spend eight weeks unpacking, washing and polishing all of George IV's Grand Dining Service which includes 2000 pieces of cutlery for the 170 guests.

Strictly one person is to fold all the napkins so they are exactly the same.

A member of the setup team measures – to the millimetre – each of the place settings to make sure every piece of cutlery, glass and decoration is in exactly the right place. 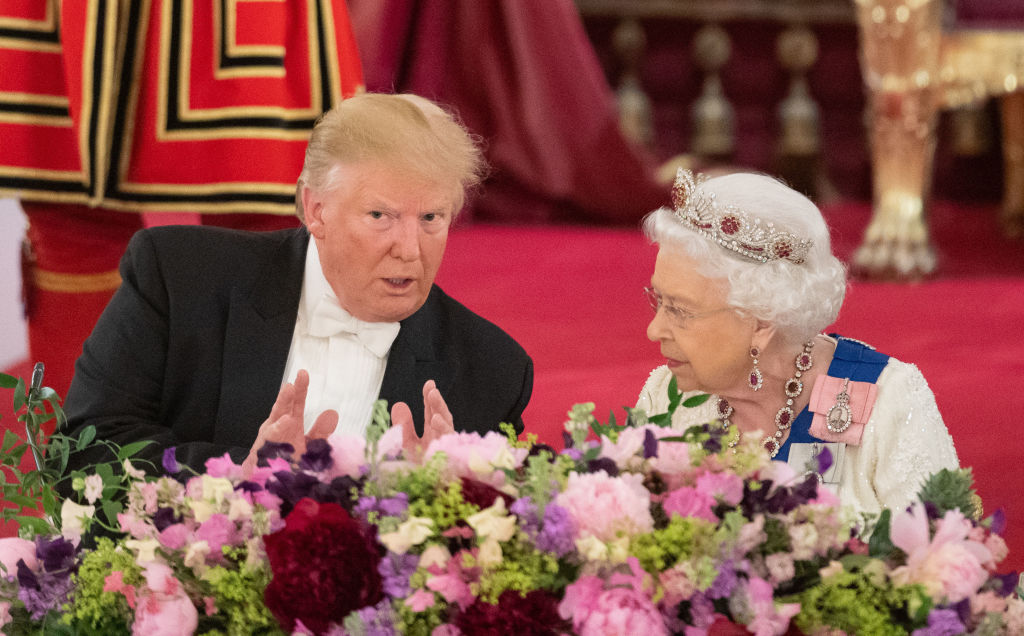 Chefs prepare food from scratch and as late as possible to ensure it is all fresh.

Guests must stand at their place until the Queen comes in - once she takes her seat everyone can sit down.

During the first course, the Queen talks to the guest on her right. For the second course, she switches to her left.

Let's hope the President did not try to chat to her when it was not his turn. 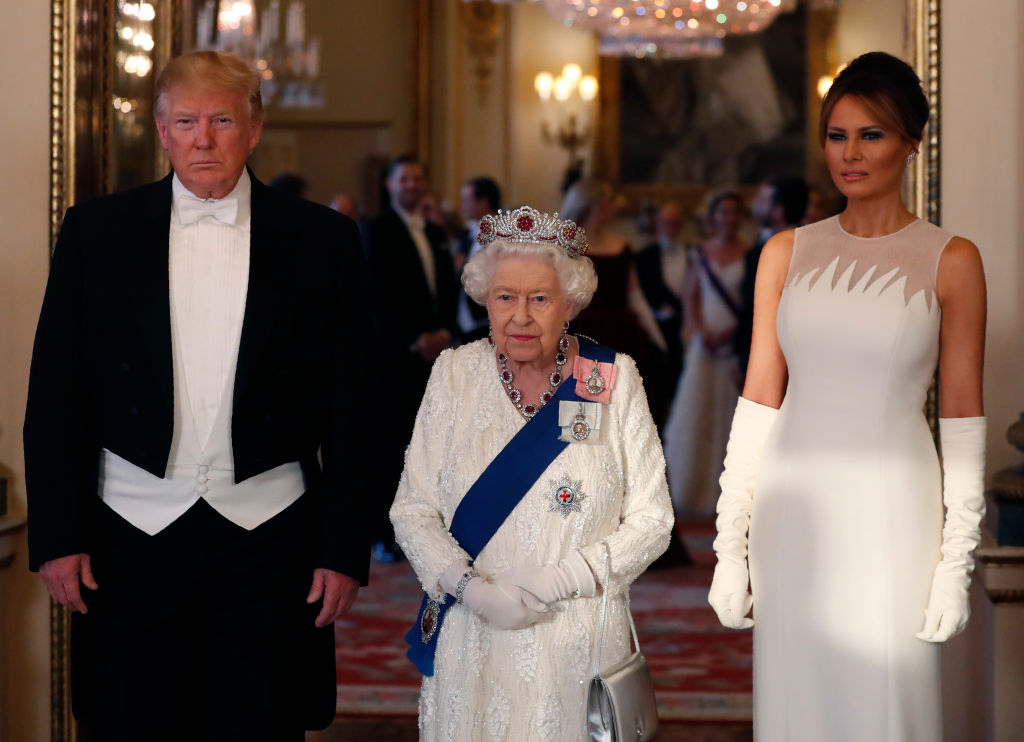