Meghan Markle appears to be channeling Princess Diana - in dress and charitable behaviour.

Visiting Edinburgh with Harry, she chose a tartan coat for the visit.

The royal bride-to-be, 36, looked chic in a £1995 (NZD$3791) Burberry coat, while giving a nod to Scotland with the tartan fabric, reports the Daily Mail. 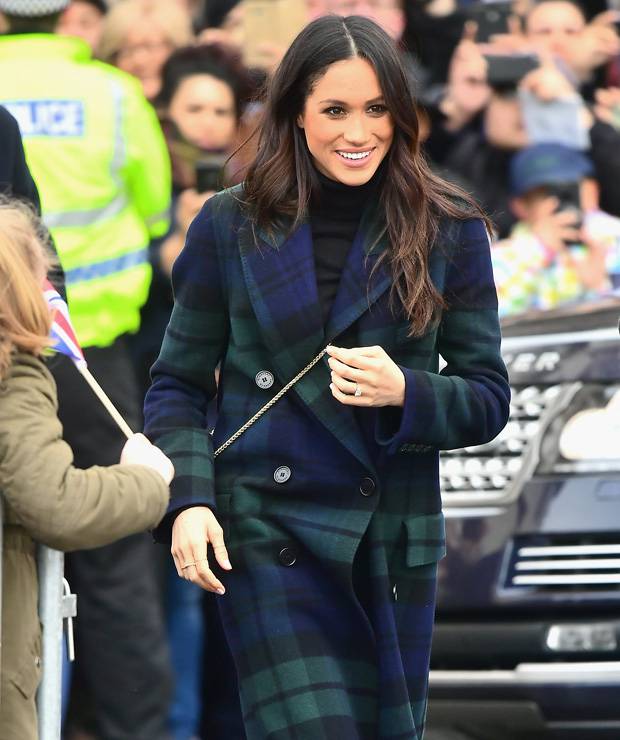 Meghan chose a familiar tartan for her coat worn on her first royal visit to Edinburgh, Scotland. Photo / Getty Images

Her choice of navy and green check also bears a striking similarity to a dress worn by the Princess of Wales while attending the Highland Games in Bute in 1987.

Diana, who was 26 at the time, wore a tartan wool dress by Bellville Sassoon, which featured a lace collar and sleeves, along with a pleated skirt. Diana at the age of 26 in Scotland. Photo / Getty Images

And, echoing the charitable work of her fiance's late mother, Markle has reportedly been making secret visits to spend time with people in need.

According to reports, Markle went to the Grenfell Tower site to console victims of the tragic fire that killed 71 people.

The actress is said to have made the appearances alone, on two occasions, and comforted those whose communities were torn apart in the blaze.

A leading Grenfell community member told the Mirror: "Meghan's visits mean so much to us. She has a special place in our hearts."

And a spokesman for Kensington Palace told MailOnline: "Meghan has been regularly making private visits to organisations as she gets to know the UK charity sector."

Markle has also shown her sensitive side in a similar way to Diana, who was known for her willingness to show affection to people.

While it is not custom for the royal family to embrace members of the public, like Diana, Markle did away with tradition during her rounds in Scotland. She shared an "emotional" hug with a charity worker during a visit to the Social Bite centre, a Scottish charity for the homeless.