It's no secret that both family and nature are very important to the Duchess of Cambridge.

As she co-created the RHS 'Back to Nature' Garden at the Chelsea Flower Show this year to help families reconnect with the great outdoors, it seems only fitting that the mother-of-three included several sweet tributes to some of her family members.

In honour of the Queen, Kate planted beetroot and carrots; as she used to plant them as a young girl.

The garden also features a waterfall modelled after the one on the royal family’s Sandringham Estate.

But there was one more subtle nod to her late mother-in-law, Princess Diana.

Spotted in the background of a picture of the 37-year-old Duchess playfully swaying from a rope swing are bunches of blue forget-me-nots, which were Diana's favourite flowers.

In another picture, which was shared later, Kate and RHS landscape artist Andrée Davies can be seen planting forget-me-nots.

The Duchess of Cambridge’s #RHSChelsea garden will be filled with incredible edibles, plants for craft activities, forest scents and a diverse range of plants, shrubs and trees of different heights and textures. pic.twitter.com/TmJnylypep

During an interview with Vogue, the head gardener at Kensington Palace, Sean Harking, explained: "Earl Spencer, Princess Diana’s bother, gave some forget-me-nots to her when they were younger.

"So they stayed with her as one of her favourite flowers."

Kate - who has children Prince George, five, Princess Charlotte, three, and Prince Louis, 12 months, with Prince William - also paid homage to husband's late mother as she stepped out at the Queen's garden party.

Looking an absolute vision in her new pastel pink Alexander McQueen double-breasted coat dress with pleated skirt, the royal mum accessorised with one of Diana's most iconic jewels. 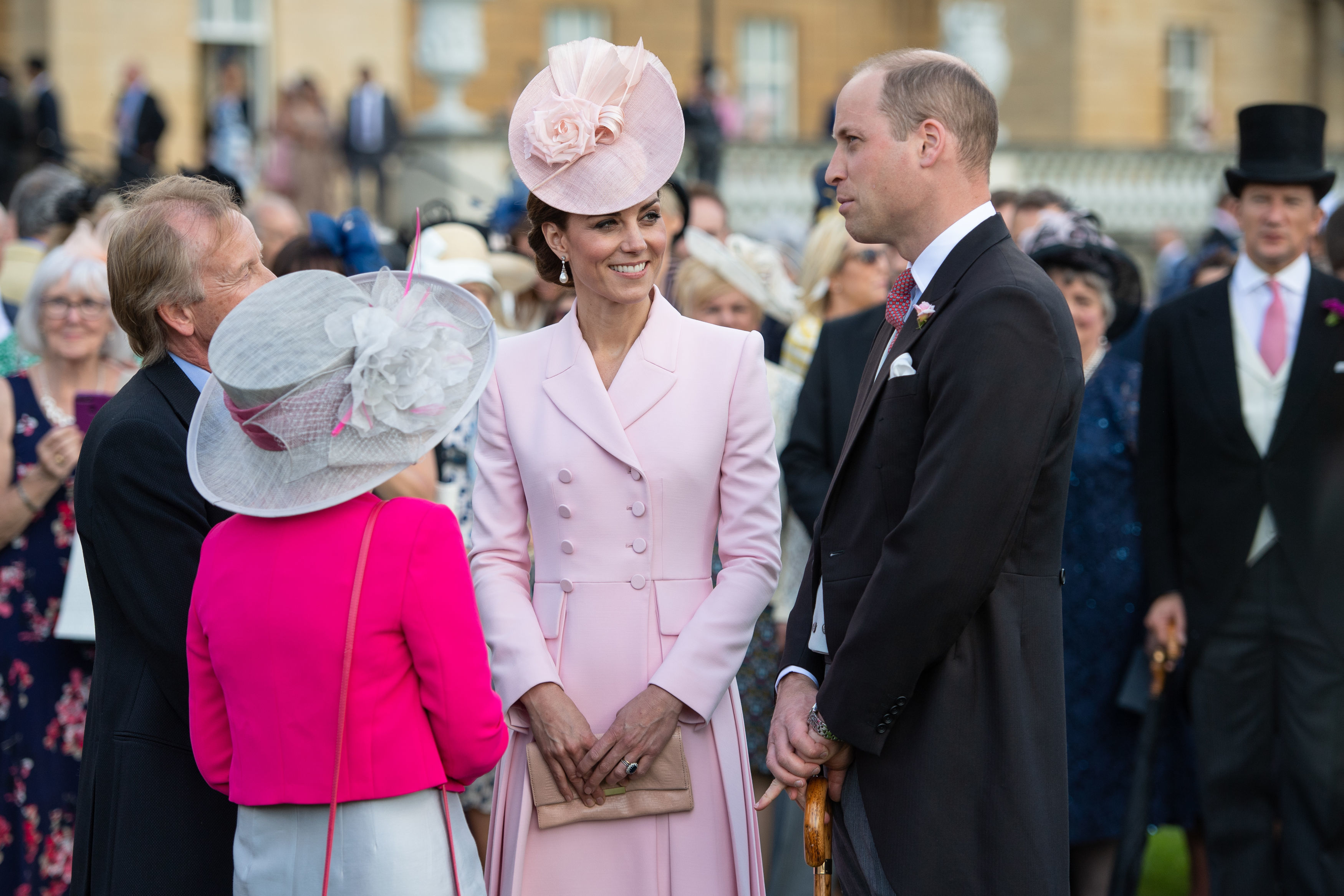 The earrings became one of Diana's signature jewels, wearing them on her wedding day as part of her going away outfit, with the famous 'Elvis gown' in Hong Kong in 1989 and for her first outing after Prince Charles confessed adultery with Camilla Parker-Bowles in 1994.

The Duchess completed her look with a matching fascinator by Juliette Botterill and a Loeffler Randall clutch bag.