It's been two months since the latest series of Married At First Sight Australia wrapped up and the drama is still ongoing!

Last week it was revealed Tracey Jewel and Sean Thomsen had already called it quits.

And now it looks like the 35-year-old bride has really put her foot (or mouth) in it.

Texts dated April 18 obtained by Daily Mail Australia show Tracey begging for ex-husband Dean Wells to give her a second chance after she dumped him in the season finale.

The worst part? The texts were sent while she was still dating Sean!

A screenshot shows Tracey telling Dean: "Can I text you something you promise never to show anyone cause I’m drunk... You’ve really got under my skin the past few days."

To which Dean replied with: "Aww oh well. Too bad u broke up with me at the final vows *laughing emoji*"

But Tracey doens’t stop there.

"Is it too late? I’m only going to ask once," responds the mum-of-one.

And then the real bombshell happened.

Here's the full screenshot, published by the Daily Mail: 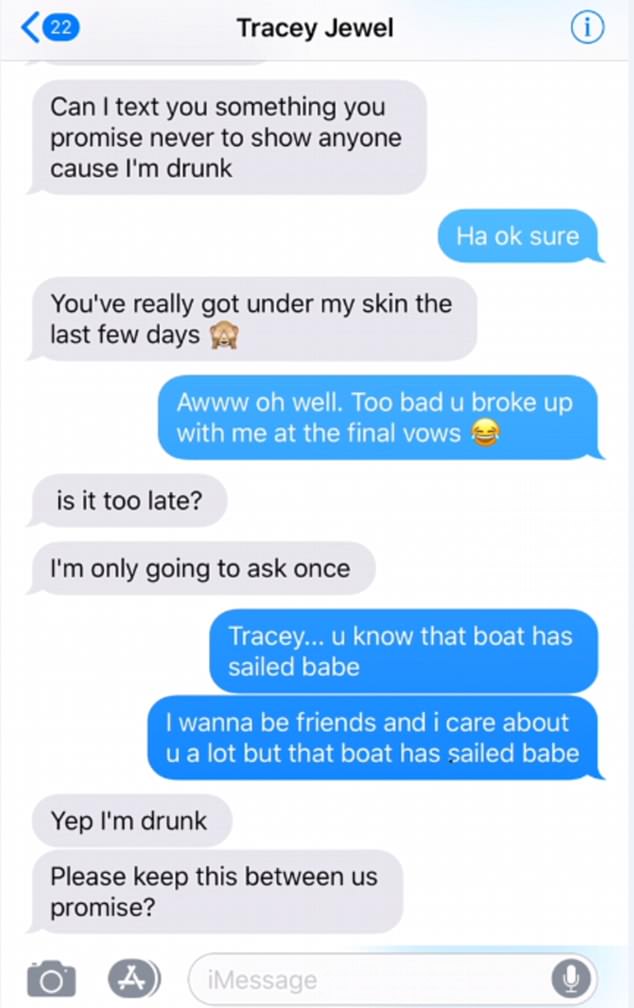 She then quickly tried to ensure it would be kept between them, but considering we’re all looking at a screenshot of the texts, it’s pretty clear he really didn’t keep it between them.