Pippa Middleton has given birth to her first child with husband James Matthews.

A representative for Pippa told PEOPLE magazine that "everyone is delighted and mother and baby are doing well." Pippa and James were spotted arriving at the Lindo Wing at St Mary’s Hospital in Paddington, London yesterday, the same private birthing unit that her older sister the Duchess of Cambridge gave birth into her three children.

Kate Middleton is reportedly "thrilled" over the arrival of her nephew.

Kensington Palace announced in a statement on behalf of Kate and her husband Prince William that "the Duke and Duchess of Cambridge are thrilled for Pippa and James." There has been no word on what Pippa and James have decided to name their darling newborn, but despite being cousins with Prince George, Princess Charlotte and Prince Louis, Pippa’s baby boy will not receive a royal title as he – like his parents – is not technically a part of the royal family. 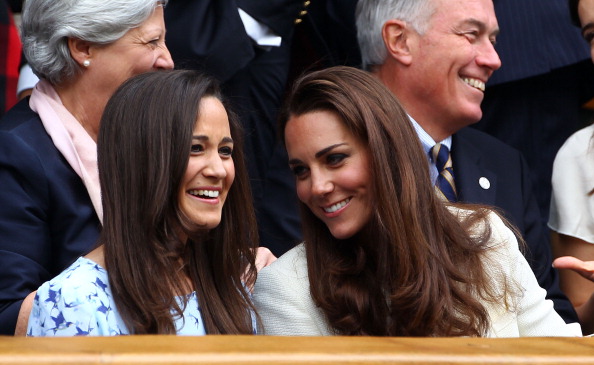 We're sure he will still receive a lot of hand-me-downs from his royal cousins, as new Aunty Kate loves to recycle their adorable outfits.