Ever since Prince William and Duchess Kate Middleton welcomed their third child, the world has been fixated on Prince Louis.

The fact his birth certificate has one major difference to the ones his siblings have.

Can you spot the different? 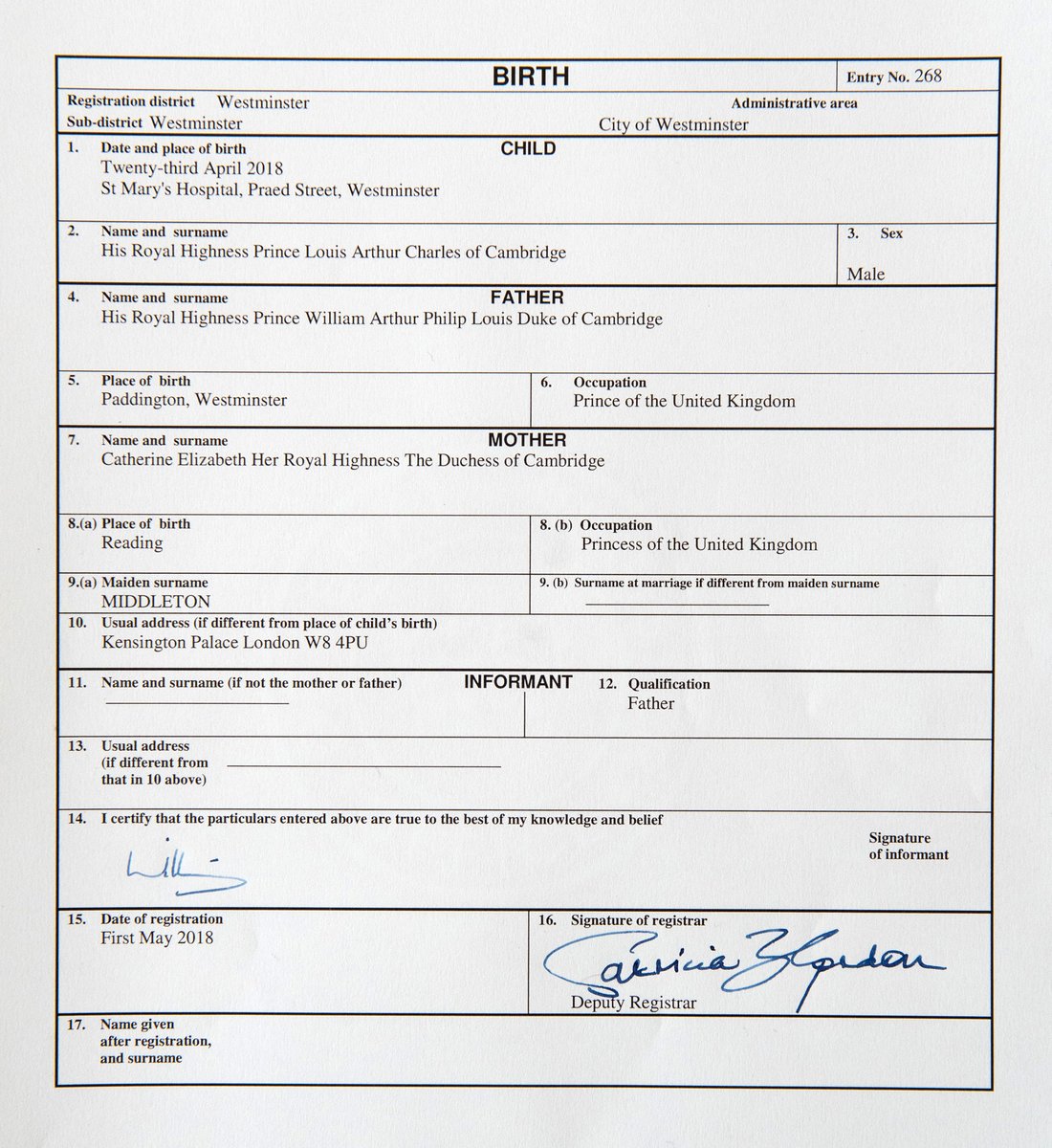 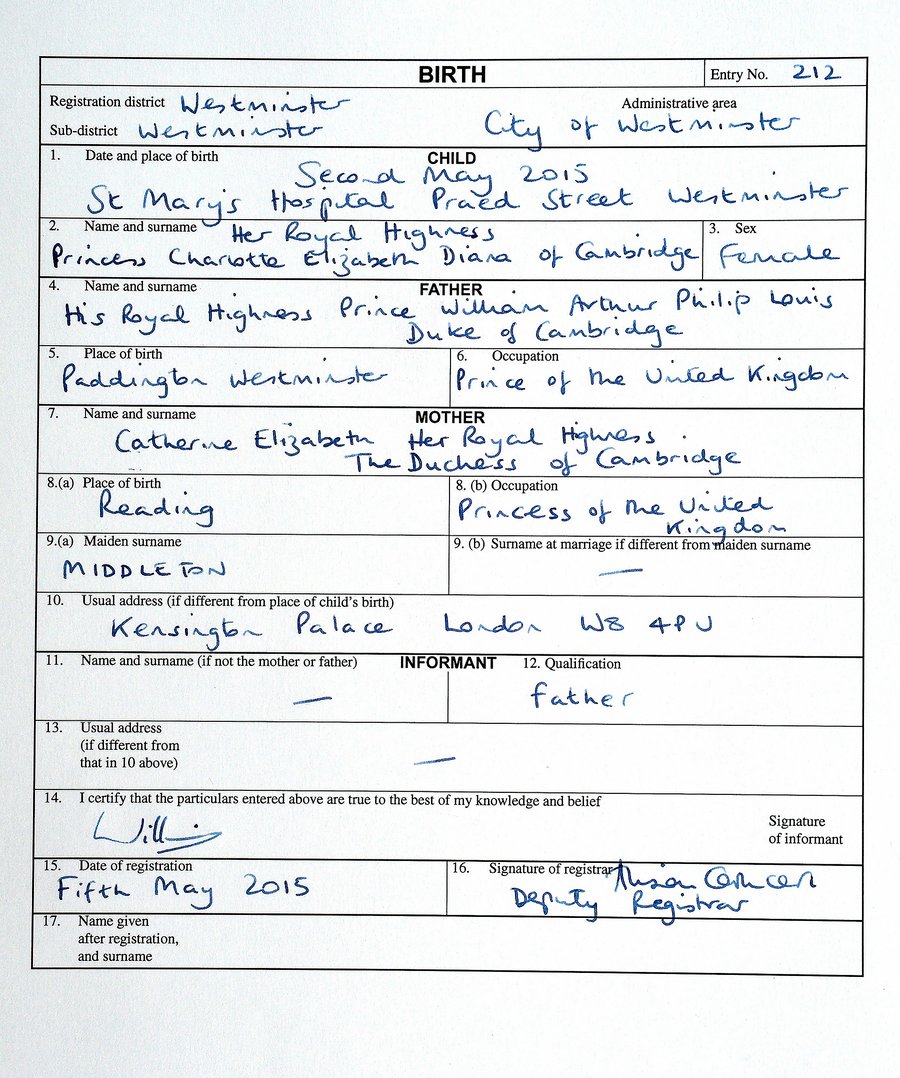 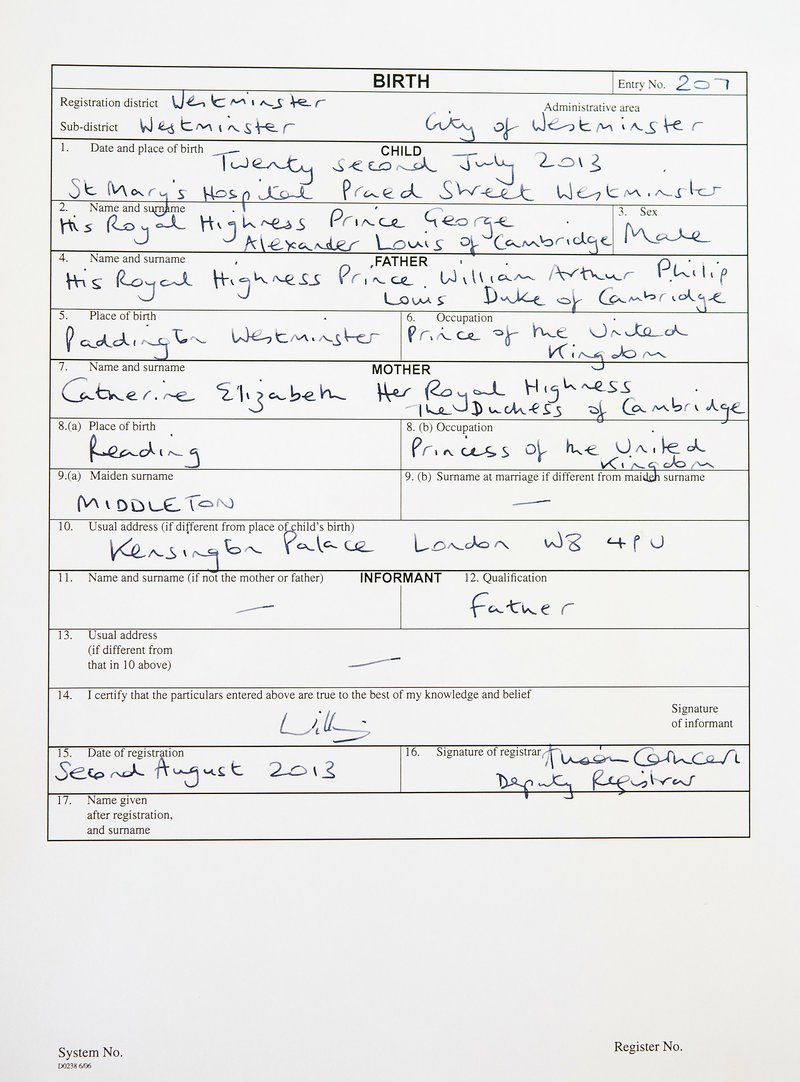 If you guessed the difference is the text on Louis’ birth certificate was typed, while Prince George and Princess Charlotte‘s was handwritten - you're correct!

So, why was the royal tot's one typed?

The reason for this is totally bizarre!

According to reports the Duke and Duchess of Cambridge opted for a typed certificate because the “messy handwriting” on Prince George and Princess Charlotte’s certificate led to a public outcry.

READ MORE:
• Kate Middleton's touching tribute to Diana as she introduced Prince Louis to the world
• Kate Middleton had a second wedding dress we didn't see - and it is stunning!

Former Westminster deputy registrar Alison Cathcart told the Daily Mail at the time that she received death threats over her handwriting.

While she says it was the highlight of her career, Cathcart said having an audience with a sleep-deprived Prince William led to some very nervous form-filling.

"I got death threats," she says glumly.

"One person said their cat had better handwriting, someone called for me to be fired and someone even said I was illiterate."

Now that is crazy!