Stan Walker's heartbreakingly honest documentary has revealed the singer had his stomach removed after it was discovered to be cancerous.

Walker received the diagnosis after a routine check-up discovered he was in the early stages of the cancer caused by a rare gene that runs in his family.

The Kiwi pop star has been the subject of rumours around his health since the beginning of the year, when he posted photos on social media showing drastic weight loss.

His doco Stan told how his cancer - caused by the mutant CDH1 gene - has claimed the lives of 25 members of Walker's family, including his grandfather, who died due to complications with his surgery.

Walker received the same operation as his grandfather.

"He had the gene, he had the cancer, and he died from the operation," says Walker in the documentary, which aired on Three on Sunday night.

"Last night was the first time I got emotional, because, oh my gosh, I'm getting the same operation that my koro did.

"I didn't really think about it for a while, but he used himself like a guinea pig." Walker's surgery successfully removed his stomach, but he continued to battle health difficulties in the months afterwards, which led to his dramatic weight loss.

Walker suffered a chest infection and collapsed lung after his operation, and had to have his appendix removed.

Months later, after his first show since his operation, he was also admitted to hospital for gallstones.

"I feel like I'm going to suffocate sometimes. I have fevers every night before I go to bed, I wouldn't wish this on anybody," Walker describes of the complications.

"I just have to thank God every day that I'm alive… I feel like giving up every day." 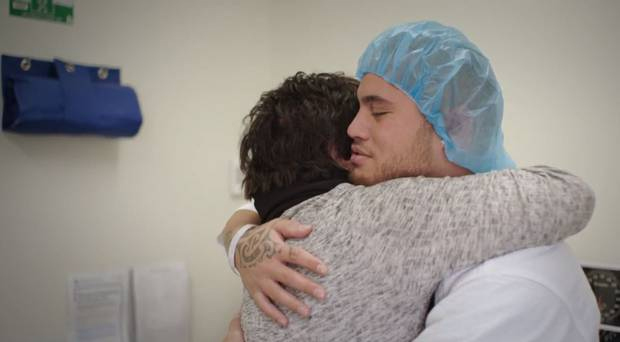 Throughout the documentary, Walker describes his fear of no longer being able to sing – and the elation he felt after performing his first gig since the operation in Rarotonga earlier this year.

"I felt alive just being on stage for the first time in a long time," he says. "I was back being me doing what I do."

Walker has been teasing the documentary for some time, recently saying that people who thought he was "on crack" would be feeling "pretty dumb".