It seems there is an adorable game that the Duchess of Cambridge plays with her three royal children – and we absolutely love it.

Kate Middleton – who is the mother of Prince George (5), Princess Charlotte and Prince Louis (5 months) – made her first official royal appearance this week since giving birth in April, and her first stop was visiting the Sayers Croft Forest School and Wildlife Garden in Paddington, London. She was joined by the children of St. Stephen’s School and told them about how she makes a game out of hunting for creepy crawlies with her little ones.

The Head of Sayers Croft Forest School, Zoe Stroud revealed: "[Catherine] was lovely - although she said the only mini beast she managed to find on the hunt was a slug! But she did see a frog under a log. 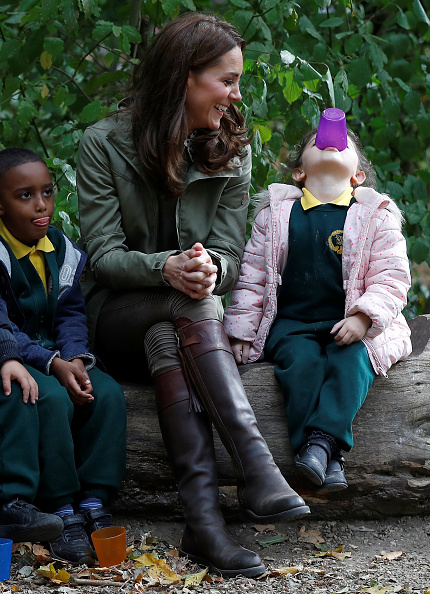 "She really gets what we are doing here and said she often takes her children on spider hunts in their garden, which they love. They can spend hours out there."

How sweet is that?!

We can definitely see the young royal brood going out on spider hunts with their amazing mum.