From her artfully dishevelled bun to her cross-body bags, the new Duchess of Sussex has quickly become known for the style hallmarks she returns to time and again for high-profile public appearances.

And Meghan's latest penchant for an ultra-flattering "boat" neckline is already influencing her legions of fashion-obsessed fans, with style search engine Lyst reporting a 52 per cent spike in searches for the term "boat neck" over the past two months, the Daily Mail reports.

It comes after she won plaudits for her Givenchy wedding gown by Clare Waight Keller, which had a simple silhouette and a "bateau" neckline that revealed a glimpse of the radiant bride's shoulders and clavicle. 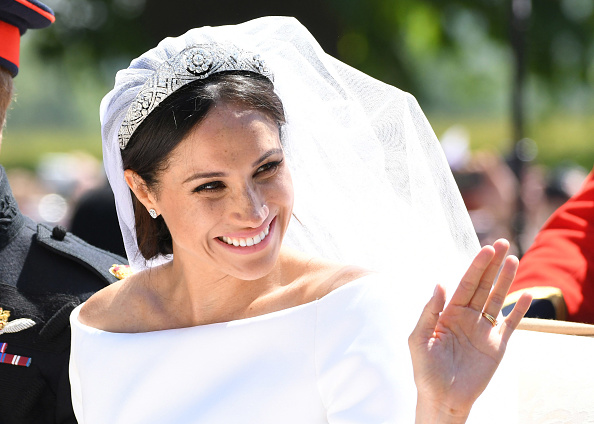 Since then Meghan, who wore a checked jacket with a similar neckline to visit Cardiff with Prince Harry in January, chose a bespoke pink Carolina Herrera dress that exposed her shoulders and a hint of decolletage for her first Trooping the Colour.

Stylist and brand consultant Alexandra Fullerton told FEMAIL Meghan is putting her own "demure but modern" spin on the now ubiquitous Bardot neckline, which continues to dominate the high street. 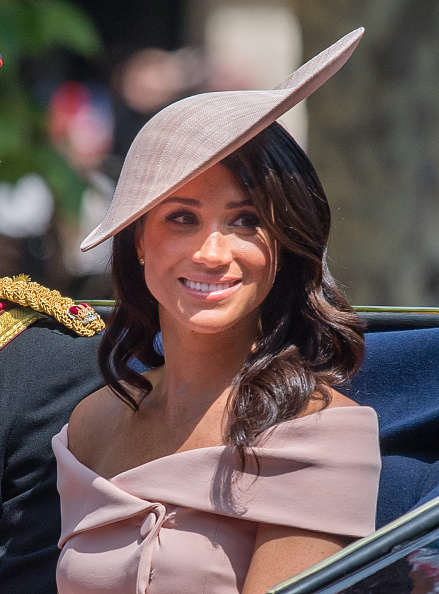 The Duchess' trick for showing off a hint of skin in a sophisticated fashion has struck a chord with shoppers, according to Lyst. 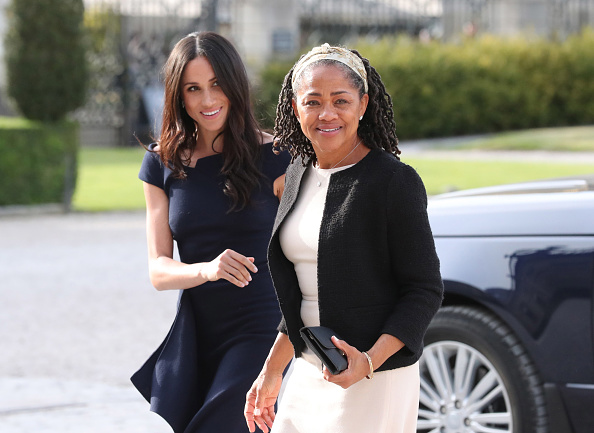 "The shoulder is this year's hottest erogenous zone - thanks to the Bardot - and the Duchess of Sussex's adoption of the boat neckline cements this.

"It also feels a little bit sexy as there is more skin on show than a crew neck, and slightly subversive as it looks fresher than a V-neck, and reiterates her modern royal style. 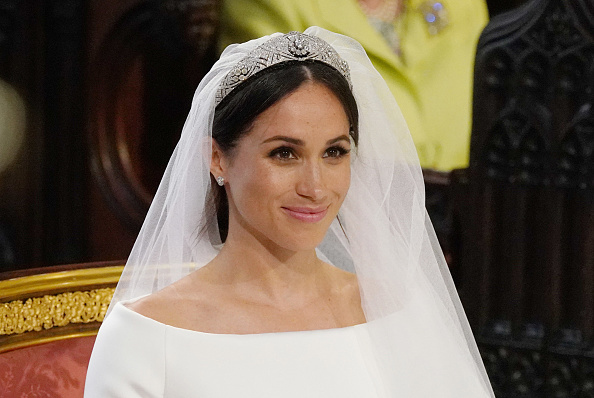 "The actual shape makes her already elegant neck look positively swan-like, and puts the focus on her face."

The Duchess first stepped out in her now signature style back in January, when she and her then fiance Prince Harry visited Cardiff Castle.

Meghan wore a smart blazer in an appropriate Prince of Wales check, which exposed a hint of shoulder thanks to its exaggerated neckline. 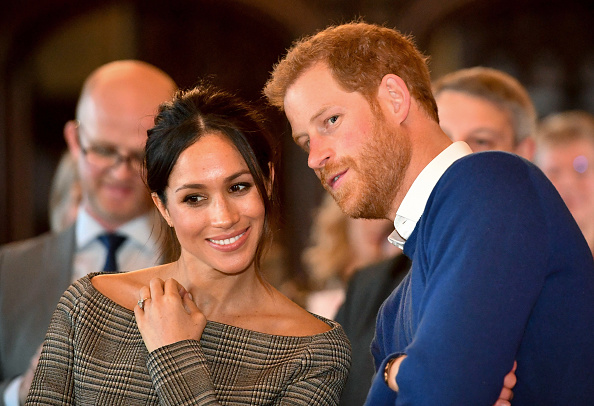 Four months later, millions of royal fans around the world were treated to the sight of her emerging from the Queen's vintage Rolls Royce Phantom IV in a dazzling white Givenchy gown that was surprising in its simplicity - apart from its subtly exaggerated bateau neckline.

At Trooping the Colour earlier this month, the Duchess turned to Carolina Herrera for her most daring take on the trend to date - a dress that exposed virtually all of the royal's shoulders - and a flash of decolletage. Lyst's report is far from the first time the actress turned Duchess has been credited with influencing the buying habits of UK shoppers.

Items she's worn have sold out within hours of Prince Harry's wife being seen in them, including everything from the Self Portrait dress she wore to an Invictus Games reception to a plain black £45 jumper from Marks & Spencer. 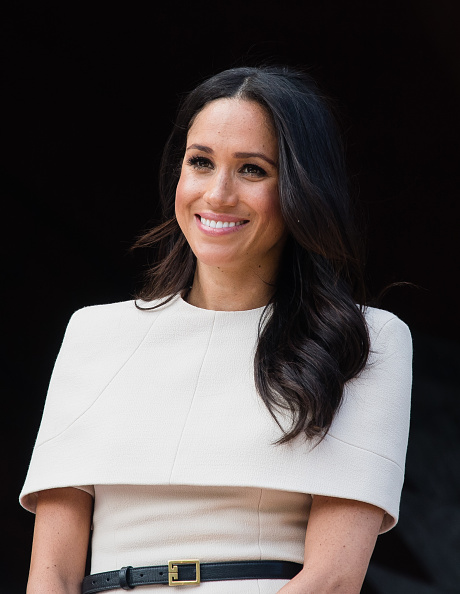 Lyst has also recorded a spike in searches for halternecks after Meghan changed into a slinky halterneck gown by Stella McCartney for her wedding reception.

And after her joint engagement with the Queen in Cheshire last week - for which she once more turned to Givenchy in a custom dress with matching capelet - searches are up for "capelet dress" and "sheath dress", and searches for Givenchy are up 110 per cent year on year.