Will Smith has a "brand new" relationship with his eldest son.

The Wild Wild West star had Trey, now 26, with his first wife Sheree Zampino and he admitted the impact of his second marriage to Jada Pinkett Smith and the birth of their two children, Jaden, 20, and 18-year-old Willow, had an "impact" on his firstborn that has taken until the last two years to "address".

On the latest episode of Will's Bucket List Facebook Watch show, the actor and Trey visit Abu Dhabi for a Formula 1-style race and the  50-year-old star said: "This relationship with Trey is brand new.

"When you get divorced and then start another family, that had effects on Trey that we're still healing and overcoming. Really in the last two years has there been enough wisdom and emotional development to be able to lovingly address the issues. We're diving into creating a divine, loving friendship."

The Men In Black star admitted he "failed" at spending quality time with Trey when he was younger but he's determined to make up for his mistakes with his son in the future.

Dad, I love you...But it’s time to settle this once and for all. Who do you guys think is going to win??? Only one way to find out... (link in bio) #WillSmithsBucketList #LikeFatherLikeSon #AcENation #FastCars #Race #WillSmith

He is quoted by USA Today newspaper as saying: "You cannot get around spending time if you want to build love.

"It's something I failed at for most of Trey's life, but I'm going to dedicated the rest of my life to making up for it." 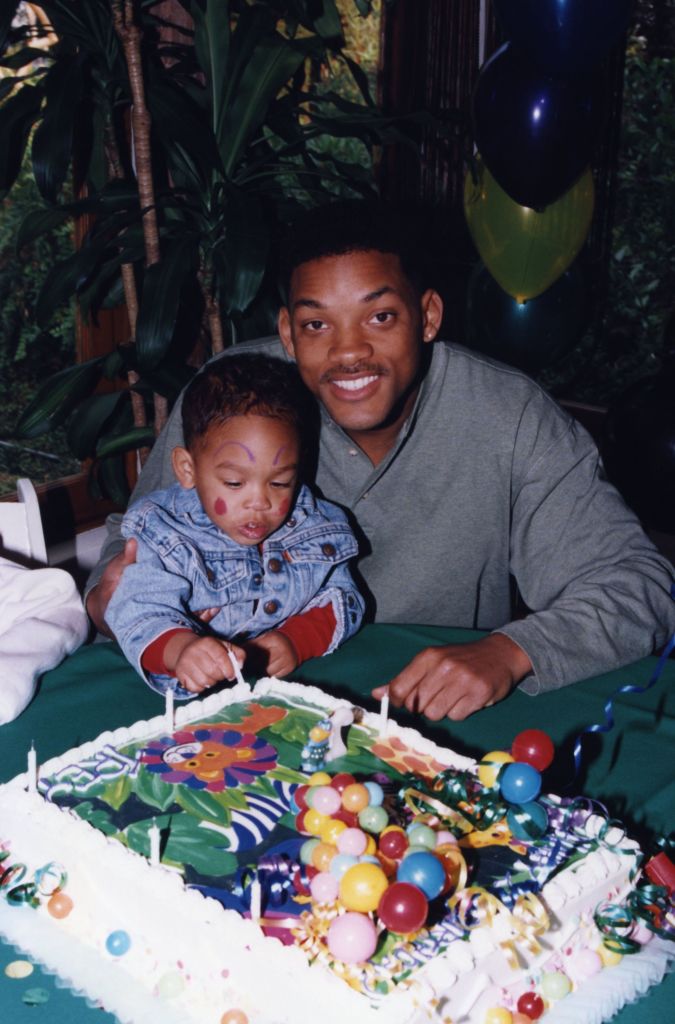 Will Smith with Trey Smith on his first birthday in 1992. Photo / Getty

Will previously admitted Trey had felt "betrayed and abandoned" after his divorce from Sheree.

Alongside a video of him and his son, Will wrote on Instagram: "It has not always been like this between Trey & I. We STRUGGLED FOR YEARS after my Divorce from his Mother. He felt betrayed & abandoned. It is a Wild Blessing to recover & restore a Loving Relationship with My Beautiful Son! @treysmith0011 (sic)"

It has not always been like this between Trey & I. We STRUGGLED FOR YEARS after my Divorce from his Mother. He felt betrayed & abandoned. It is a Wild Blessing to recover & restore a Loving Relationship with My Beautiful Son! @treysmith0011