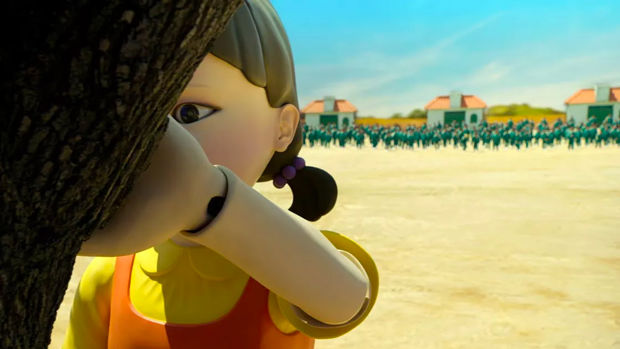 If you haven’t watched, or at least heard of the hit Netflix show Squid Game, it’s likely you’re living under a rock.

The thrilling South Korean drama, which throws a group of down-on-their-luck contestants into a deadly survival game, has taken off all around the world.

The nine-episode series follows 456 desperate players who have a shot of winning a life-changing ₩45.6 billion (NZ$54.9 million) by playing childhood games, such as Red Light Green Light ... but if they fail, the consequences are fatal.

Due to the premise of the story, some of the scenes are unsurprisingly, rather gruesome so most Kiwi parents have been watching the show secretly once the kids have been put to bed.

But it seems clips of the viral phenomenon have made their way in front of young ones eyes anyway thanks to online memes, games and challenges on TikTok.

The Hits host Adam admitted that his daughter saw snippets of the show while scrolling on TikTok and has become a huge fan!

So much so that she has learnt all the lyrics to the Korean Red Light Green Light song and even recreated the look of the iconic and creepy robot girl who sings it for a Halloween costume.

"Little miss 7 had been quiet in her room for thirty mins," Adam wrote on Instagram alongside the photo of his daughter in her impressive costume.

"Turns out she was prepping her Halloween costume, based on the Squid Game girl she had apparently seen on TikTok.

"1. Good effort 2. must pay more attention to what the kids are viewing online."

It turns out she isn't the only young Kiwi to have come across Squid Game accidentally on the popular social media app.

One Kiwi mum revealed that while she and her husband were watching the show when her young son - who had woken up after being put to bed - came into the room and asked "why are you watching Squid Game?"

The parents were left absolutely stunned that their little one knew what the Netflix show was and to find out that he had seen clips from it on TikTok.

To make matters worse, the young boy then attempted to give spoilers for the next episode!

No! No Spoilers, please!

While it can be hard to keep track of everything kids are consuming online, there is one family-friendly activity Squid Game has introduced to many - the dalgona candy game!

All you need is sugar and baking soda.

It’s something we can all try at home, especially when the scary parts of Squid Game aren't mixed in.