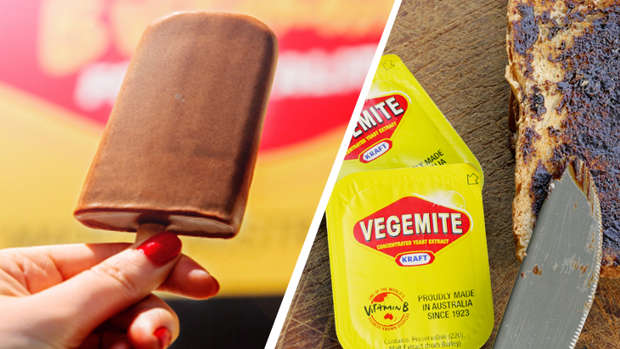 Vegemite. It's a staple in the world of breakfast spreads, alongside Marmite, Nutella and peanut butter.

However, it's not exactly something that springs to mind when you're craving an icy cold treat in the summertime.

But Vegemite in Australia has chosen to defy the norms by creating their very own ice cream.

And not everyone is sure how they feel about it ...

Announcing the bizarre invention on Twitter Vegemite wrote, "Brace yourselves Australia ... it's time for VEGEMITE Icy Poles! #Chilled" along with a picture of the frozen snack.

Several people replied to the tweet with confusion and disgust.

It’s not April 1st so why have you posted this? I refuse to believe it’s real

But there were some who seemed keen on the idea.

And although some thought that maybe ice cream was a hoax, Vegemite soon reassured people that it was very very real.

We weren't kidding with this one! Check out the recipe 🙌🌞🍦https://t.co/WWhFHJqFBs

Vegemite even released a recipe for the edible oddity so everyone can make them at home.