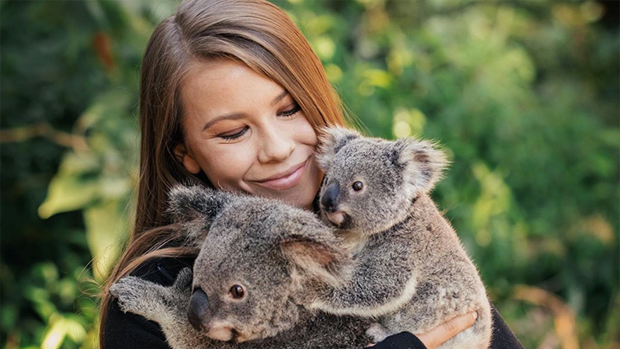 Bindi Irwin has got us right in the feels again with her latest touching tribute to her "superhero" father, Steve Irwin.

Taking to Instagram the 21-year-old conservationist shared a sweet never-before-seen photo of her as a baby on the lap of her late 'Crocodile Hunter' father.

"You will always be my superhero," Bindi wrote alongside the photo, to mark Father's Day, which is celebrated overseas today.

You will always be my superhero. ❤️

Her younger brother, Robert Irwin also shared his own special photo of him when he was just a toddler with his father.

The adorable photo shows the two looking through binoculars while in a boat - no doubt, looking for crocs.

Happy Fathers Day ❤️ We had the best Dad in the world, I will always look up to him and feel like I’m still learning from him every day.

"We had the best Dad in the world," Robert wrote on Instagram with the photo. "I will always look up to him and feel like I’m still learning from him every day."

Meanwhile, Bindi - who married Candler Powell earlier this year - shared a brand new photo from her wedding day of her feeding a giraffe at Australia Zoo.

Happy #WorldGiraffeDay. 🦒 Meet Forest. This sweetheart is officially the tallest living giraffe measuring in at 5.7m tall (18 ft 8 in). He has a heart of gold and we love him dearly.

Bindi says won’t be taking Candler's surname to become Bindi Powell, because she wants to continue to "feel close" to her father Steve, who passed away in 2006 when he was pierced in the heart by a stingray barb whilst filming a documentary.

She explained: "I've kept Bindi Irwin. I think that for me personally, after Dad passed away it was really important for me to feel close to him, and having his last name means so much to me."