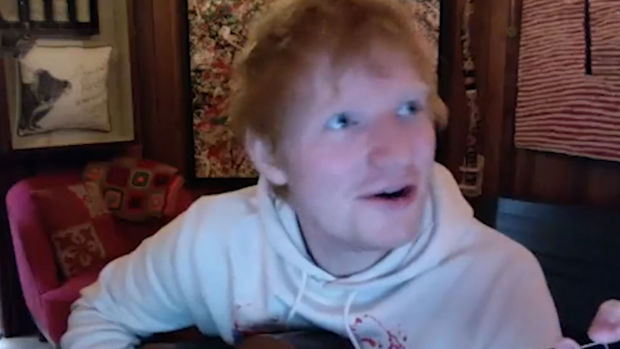 November may have only just arrived, but Ed Sheeran is giving fans a reason to look forward to the festive season already ...

Teaming up with his pal Sir Elton John, the duo are set to release a Christmas song together in December.

However, the 30-year-old singer-songwriter has just given fans a sneak preview of the festive track.

Here's what happened when Zoe Ball asked @EdSheeran for a sneak peak of his Christmas Duet with Sir Elton John, live on @BBCRadio2. pic.twitter.com/sF14O202p7

Speaking to Zoe Ball on BBC Radio 2, Sheeran performed a section of the track live with his guitar.

"There's loads of sleigh bells on it and it sounds a lot more Christmassy than that," he said afterwards of the currently untitled song.

The two musicians have been friends for years - with Sheeran signed to Elton's management company, Rocket.

We can't wait to hear the full song!