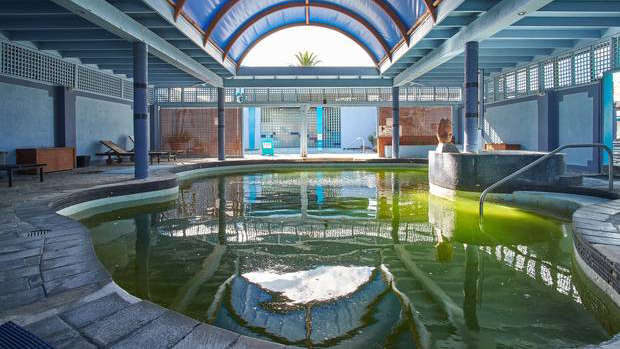 The once-popular Waiwera Thermal Resort hot pools have been left in a decrepit state after the tourist attraction's abrupt closure.

Waiwera Thermal Springs was shut a year ago for renovations, but there has been no work done on the site since September. Now new photos have revealed the parlous state of the property. Renovation work has been paused, and some buildings are missing roofs or have been left half-finished. The person who posted the photos said all of the waterslides had been dismantled except one. The resort, which also includes a water bottling plant, was leased to Russian billionaire Mikhail Khimich.

The landowners cancelled the lease in October because of unpaid bills dating back two years. Locals have called the resort "a bloody mess" because of its partially completed state and say the ongoing closure is not helping businesses in the small waterfront town north of Auckland.

It has also been reported that water bores in the township have been overflowing since the hot pools shut down. Late last year, an Australian company expressed an interest in taking up the lease and re-opening the pools.