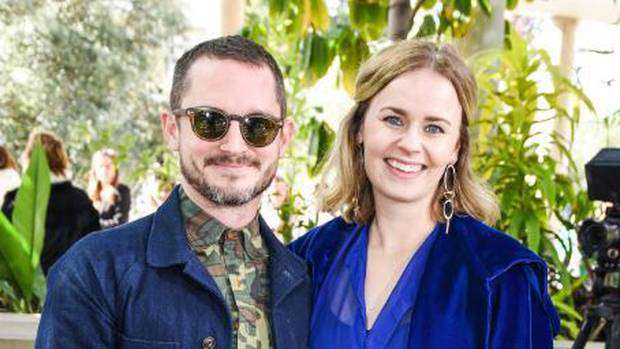 Hollywood star Elijah Wood has reportedly welcomed the arrival of his first child.

US Weekly report the Lord of the Rings actor and his Danish film producer partner Mette-Marie Kongsved recently celebrated the baby's birth.

Wood, who stars in Kiwi director Ant Timpson's new comedy thriller Come To Daddy, revealed during an appearance on Late Night With Seth Meyers that the couple learned they were going to be parents on Christmas Eve 2018.

"I haven't had a cigarette since [Christmas Eve]", Wood explained on February 6. "And that night, I found out we were pregnant. On Christmas Eve."

Rumours have previously swirled that Wood and Kongsved were set to be engaged but while chatting to Meyer's he referred to her as his girlfriend.

The pair worked together on the 2017 film I Don't Feel at Home in This World Anymore.

Wood was previously in a relationship with American actress Pamela Racine from 2005 to 2010, while Kongsved was married to director Evan Louis Katzfrom 2011 to 2017.