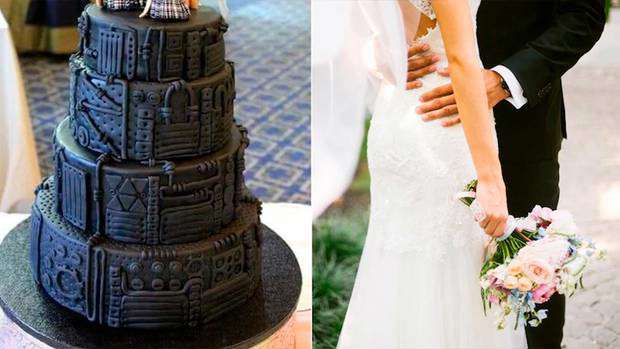 Usually, wedding cakes are grand and memorable but one will be the talk of the town for all the wrong reasons.

One bride and groom decided to run with an "out of this world" theme for their wedding, with the couple deciding to use alien figurines on top of their cake.

But guests couldn't help but giggle after the aliens looked more like an X-rated body part.

One guest, who couldn't herself, posted a photo of the controversial cake on Facebook, writing: "The bride and groom were delighted with their cake."

But her post took a turn, shaming the couple over their choice, labelling the cake topper as "rude".

"It's supposed to be aliens on top of the cake, for an out of this world wedding!

"Maybe it is just me, but I think the toppers look a bit rude! What do you think?" 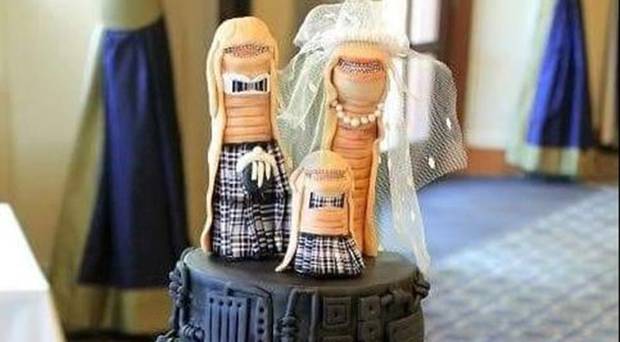 After it was posted to the social media group That's It I'm Wedding Shaming, viewers were quick to jump on board and poke fun at the design.

"Penises wearing kilts. I've officially seen it all," one joked.

Another added: "My first thought was 'Are those supposed to be dicks?' I don't get it."

But one thing that could be agreed on was the detail of the cake.

"Say what you like, that's some beautiful fondant work on those penises," added another.