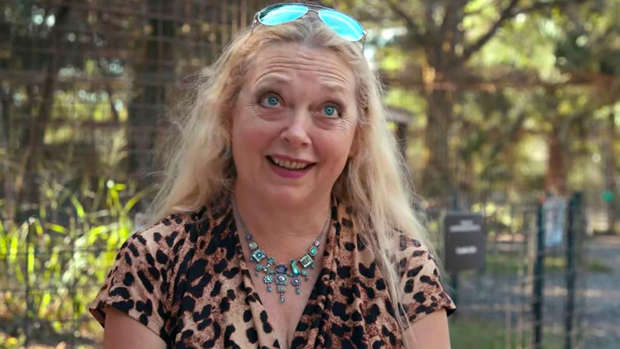 Carole Baskin has won the right to take over Joe "Exotic" Maldonado-Passage's former zoo in Oklahoma as part of a $1 million trademark judgment.

The pair became famous rivals after featuring in the Netflix documentary series, Tiger King, where Exotic ended up being jailed for plotting to kill Baskin.

Baskin also won a $1 million trademark judgment against Exotic and his mother but never got paid.

Therefore, in a ruling made by US District Judge Scott L. Palk, Baskin has been granted control of The G.W. Exotic Animal Memorial Park to settle the agreement.

"Schreibvogel later admitted under oath that the zoo land was transferred to her by Joe Maldonado to remove it from the reach of creditors, including BCR, should BCR win its Florida lawsuit," the complaint stated.

"Schreibvogel also admitted in 2015, via a confession of judgment she entered into to resolve a lawsuit filed against her by the Chapter 7 bankruptcy trustee overseeing Joe Maldonado's personal bankruptcy estate, that the zoo land was fraudulently transferred to her by Joe Maldonado in 2011 to avoid his creditors."

Jeff Lowe, who has been managing the zoo for a couple of years has been given 120 days to vacate the zoo and remove all the animals on the property.

Speaking to TMZ, Lowe and his wife, Laurens, said: "We have long anticipated that the judge would eventually undo the 2016 land transfer. We are thankful that he dragged out his decision this long and allowed us time to complete the new Tiger King Park in Thackerville, Oklahoma, behind the world's largest casino."

Big Cat Rescue has also been awarded control of several cars and cabins on the property.

Exotic was sentenced to 22 years in federal prison in January when he was found guilty in 2019 for paying a hitman US$3000 to kill Baskin.

He was also found guilty on multiple charges of violating both the Lacey Act for falsifying wildlife records, and the Endangered Species Act.

The disgraced zookeeper filed a lawsuit in March against various government agencies, as well as a former business partner, seeking $94 million in damages.

The "Tiger King" is currently in a Dallas-Fort Worth medical centre after other inmates tested positive for Covid-19.