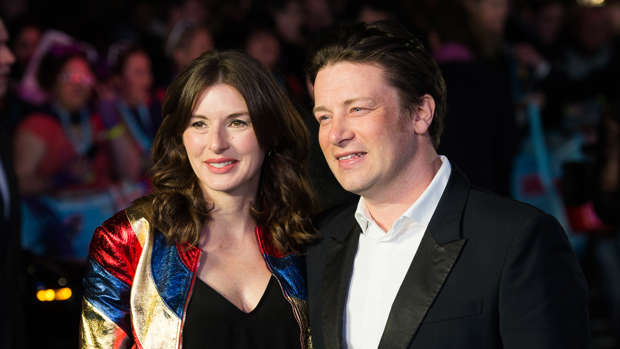 Jamie Oliver is set to renew his vows with wife Jools in June.

The 44-year-old celebrity chef has said he plans to "get married again" to his spouse after 20 years of marriage, and the pair - who have five children, Poppy, 17, Daisy, 16, Petal, 10, Buddy, nine, and River, three, together - will throw a small party for around 100 guests to celebrate the occasion.

Jamie said: "Me and my missus are getting married again. I’m going to cook some amazing food, maybe try and get people a little drunk in the night, definitely have a little disco. My wife loves to dance."

The couple isn’t worried about inviting their extended family to the bash, and will instead just be surrounded by "the people [they] love the most".

He added: "It’s not so much revolved around family structures, or aunties, and uncles, which our wedding was about. It’s just about the people who we love the most; our nearest and our dearest. It’s an opportunity to get everyone together just to say, ‘thanks’."

Jamie and Jools, 45, have decided to renew their vows after reaching an age where they are "just really grateful for happiness", and the decision comes after the chef lost his UK restaurant empire when it entered into administration in May last year.

The star explained: "I think we’re at an age where we’re just really grateful for just happiness, and health, and just all the things that really, really matter.
“It’s not always easy. She probably hates me 40 per cent of the time, but 60 per cent is pretty good."

Jamie also spoke about their lasting love, which the cook believes is partly down to their ability to let go and not hold grudges.

Speaking to People magazine, he said: "We quite like just cosying - have a nice little meal, a little cuddle up, put the fire on, watch some s**t telly. I normally get one of her feet put on my, you know, like gorillas in the zoo. She’s the dominant one, and I’m the lesser. But no, I take pleasure in just trying to spoil her a bit. She still makes me laugh."

Last year Jools told Red magazine: "Next year, we'll have been married 20 years, and we're going to get married again, but do things differently - outside and barefoot.

"Our wedding was formal, but we're so not like that. It'll be a big party.

"Why the hell not? I think we've done well!"

She said: "Our first dance was to Dusty Springfield's 'I Only Want To Be With You', but Jamie doesn't like dancing, so I threw him off. I was in my element!"

Jools loves her large brood and thinks she's been "true to [herself]" as she always wanted to settle down.

She said: "All I wanted was children and to get stuck into home life. I was quite true to myself in that way."

Jamie previously credited his wife for all the "good" things in his life.

He gushed: "She's my best mate. There nothing good I've ever done that hasn't come from how we are as a unit."

Jools has admitted she's keen to have another child but Jamie thinks their brood is "enough" - though he won't completely rule out expanding their family again.

"I do think five is enough but everyone keeps telling me that six is a round number."