The IUD is 99 per cent effective, but this boy beat the odds. Photo / Hai Phong International Hospital

A newborn baby has been photographed holding the contraceptive coil his mother used in a failed attempt to prevent pregnancy.

The 34-year-old woman from Vietnam already had two children when she fell pregnant with the boy, after she had an intrauterine device (IUD) inserted.

When the healthy baby boy was born at Hai Phong International Hospital last week, the device came out with him and he reached out and grabbed it, according to obstetrician Tran Viet Phuong who captured the moment. 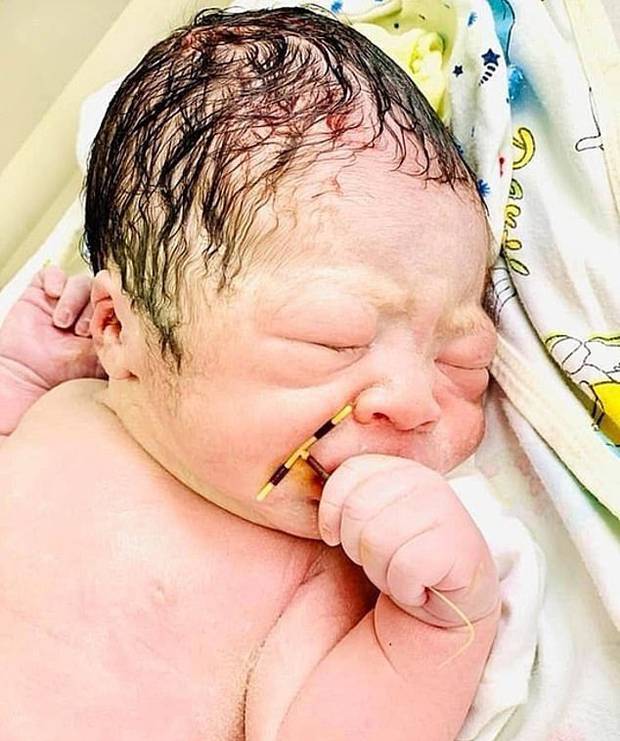 "After delivery, I thought him holding the device was interesting, so I took a picture. I never thought it would receive so much attention," Phuong told VN Express.

The photo was shared by the hospital on social media and quickly went viral. Phuong added that the IUD may have shifted from its original position and been rendered ineffective.

The healthy baby boy was born weighing 3.2kg and both mother and baby were being monitored at the hospital.

The IUD, commonly known as a coil because the copper wire is coiled around the plastic, is inserted into the uterus by doctors and is 99 per cent effective.

The device can remain in place for five years or more and a woman can get pregnant as soon as it is removed. 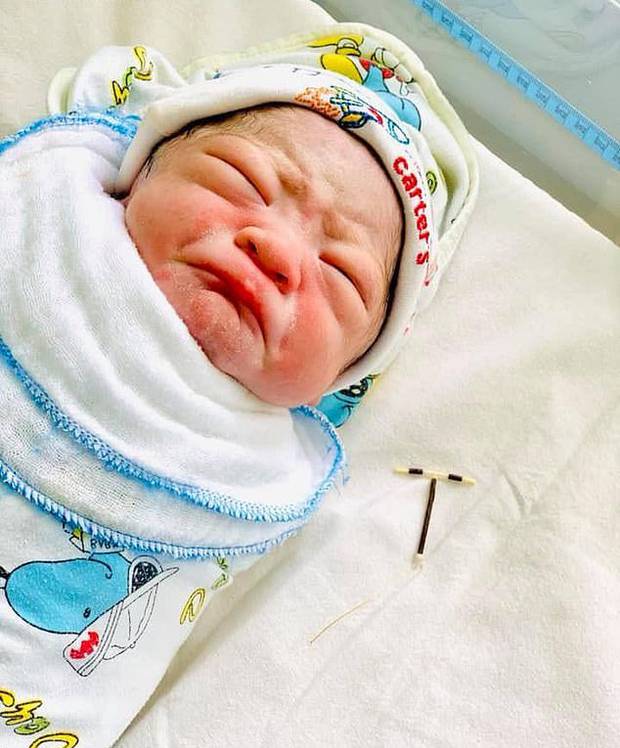 A similar hormone-device known as a Mirena slowly releases levonorgestrel, a progestin hormone, which prevents pregnancy over a five-year period.

In the event that a woman with an IUD does become pregnant, removal is advised because of the increased chance of miscarriage.