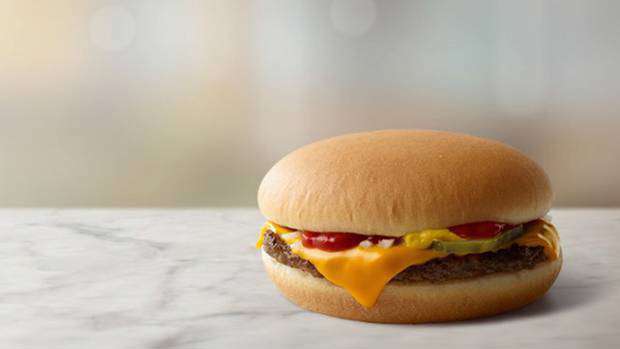 A feeding frenzy is expected today from 9am as Kiwis will be able to claim a free cheeseburger from McDonald's restaurants nationwide.

The offer will run until 50,000 burgers have been handed out, with demand expected to be fierce.

McDonald's NZ director of marketing Jo Mitchell says the company wanted to give something back to their loyal customers.

"We're all about sharing the love here at McDonald's New Zealand and know that Kiwis love the legendary cheeseburger," she said.

"So we thought we'd give people what they want to satisfy those cravings."

The free cheeseburger is only available to those who have downloaded the McDonald's app and sign in to claim the deal.

The deal lasts until midnight tonight - or until the total of 50,000 is reached.

A spokesperson for McDonald's told the Herald more than 600,000 Kiwis have downloaded the app.

The move comes just days after fuel company BP gave away free petrol for an hour.

Bumper-to-bumper traffic was seen in the streets surrounding two petrol stations in Auckland and Christchurch after BP announced the surprise free fuel giveaway.

Ormiston Rd BP in Auckland's Flat Bush and the BP at the corner of Woodham Rd and Gloucester St in Dallington, Christchurch let motorists fill up for free between 11am and 12pm as part of an upcoming loyalty promotion.

BP said more than 700 vehicles filled up for free across the country before the clock struck midday.

Queues in Flat Bush stretched over several kilometres as people tried to take advantage of the giveaway, which was announced just 20 minutes before the pumps opened.