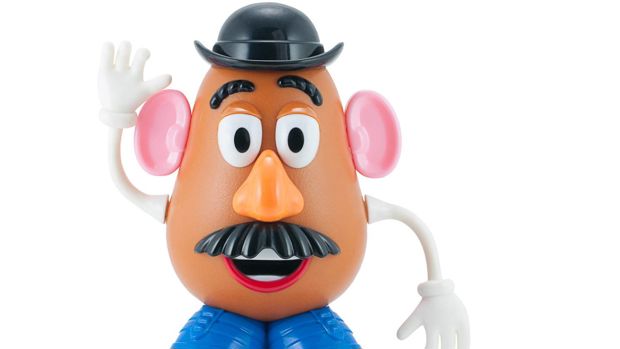 Mr Potato Head is no longer a mister.

Hasbro, the company that makes the potato-shaped plastic toy, is giving the spud a gender-neutral new name: Potato Head. The change will appear on boxes this year.

Toymakers have been updating their classic brands to appeal to kids today. Barbie has shed its blonde image and now comes in multiple skin tones and body shapes. Thomas the Tank Engine added more girl characters. And American Girl is now selling a boy doll.

Hasbro said Mr Potato Head, which has been around for about 70 years, needed a modern makeover.

Kimberly Boyd from Hasbro told Fast Company that children often used their Potato Heads to make families and the change will give them a blank slate.

"Kids like dressing up the toy, then playing out scenarios from their life. This often takes the form of creating little potato families, because they're learning what it means to be in a family."

"Culture has evolved," she said. "Kids want to be able to represent their own experiences. The way the brand currently exists — with the "Mr" and "Mrs" — is limiting when it comes to both gender identity and family structure."

Reaction has been swift to the news, with broadcasters like Piers Morgan and self-identified "bro dudes" taking issue with the change.

Others remarked that the conservative reaction to Potato Head's announcement was overblown.