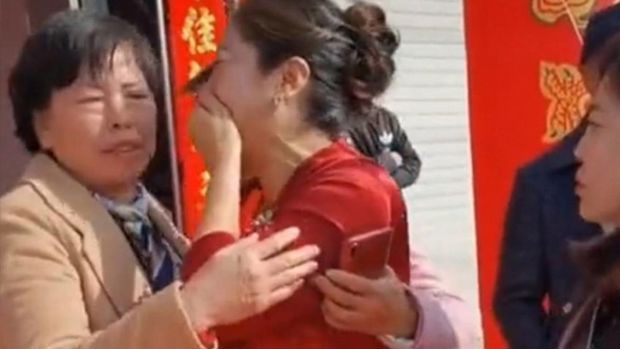 A Chinese woman was left with tears of joy after she made an incredible discovery on her son's wedding day.

More than 20 years ago the woman had lost her newborn baby daughter on the side of the road.

Now, two decades later and years of searching, she's been unexpectedly reunited with her baby girl by chance.

The extraordinary reunion occurred when the mother of the groom had noticed a birthmark on her son's wife's hand which was similar to her long lost daughter's, Times Now News reported.

After spotting the distinct mark, she asked the bride's parents if their girl had been adopted more than 20 years ago. 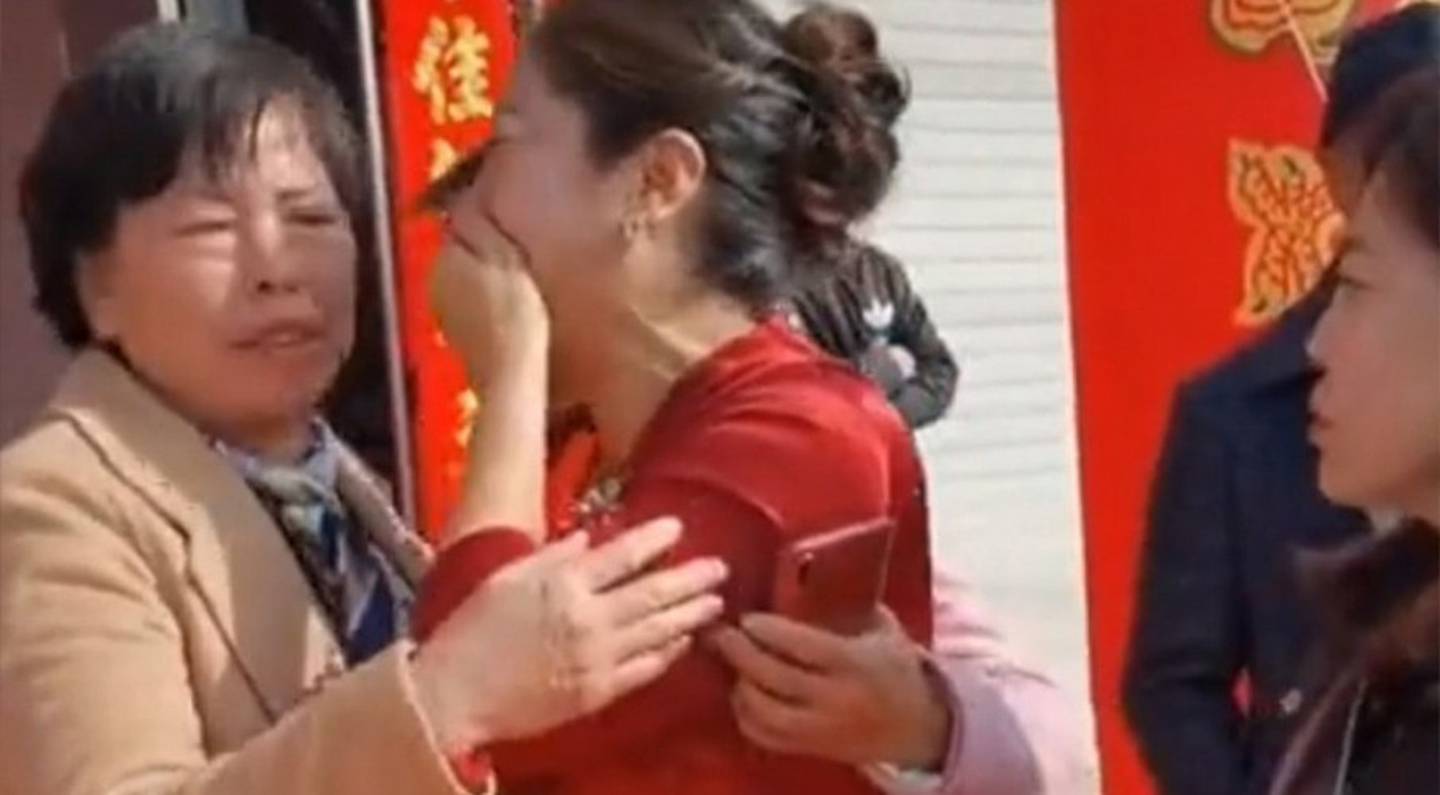 The bride's family was baffled by the question with the adoption being a close family secret.

The family eventually confirmed they had found a baby girl on the roadside and took her to bring up as their own.

Both the mum and the long lost daughter broke down in tears, with the daughter describing the chance reunion as "happier than the wedding day itself", which occurred in Jiangsu province on March 31.

Despite the emotional reunion bringing tears of joy, the bride was worried she was marrying her biological brother. 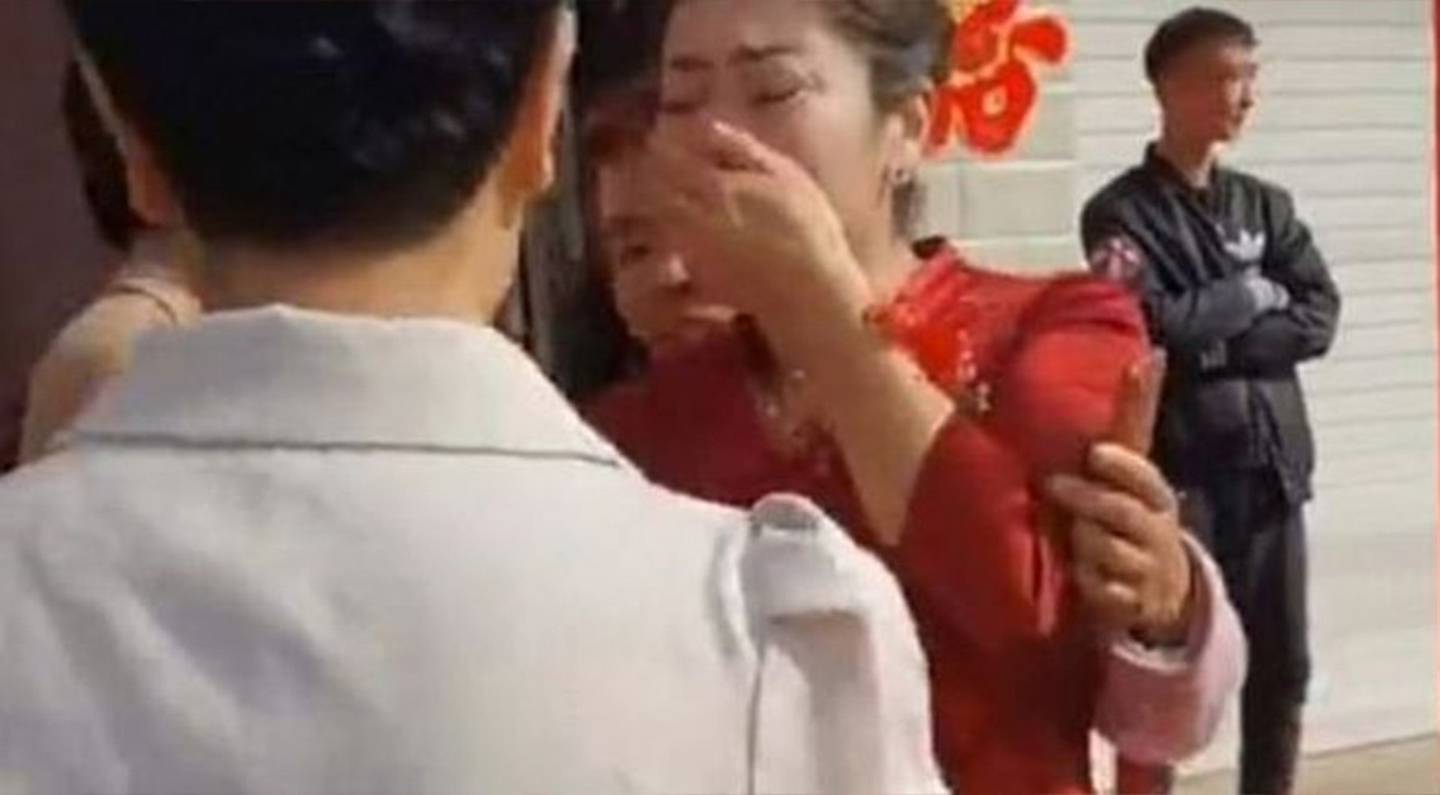 However, the mother-in-law revealed her son was also adopted, meaning the couple could get married.

The woman had adopted the boy after losing all hopes of finding her missing daughter.

She had searched for her for years but in vain, Oriental Daily reported.

She said that there would not be any problem in the marriage as the pair were not biological siblings.

The bride was said to be "relieved" and the couple completed the wedding ceremony with no other major surprises.

This article was first published on the NZ Herald in 2019 and republished here with permission.