Netflix has confirmed Emily In Paris will get a second season.

The Lily Collins-fronted romantic comedy series - which follows a woman named Emily who gets hired at a Parisian marketing agency called Savoir - has officially been renewed for a second season by the streaming giant, the company confirmed.

To announce the news, Netflix wrote a formal letter from Emily's French boss Sylvie Grateau, informing her American boss Madeline Wheeler that she'll have to stay with the team in Paris a while longer. 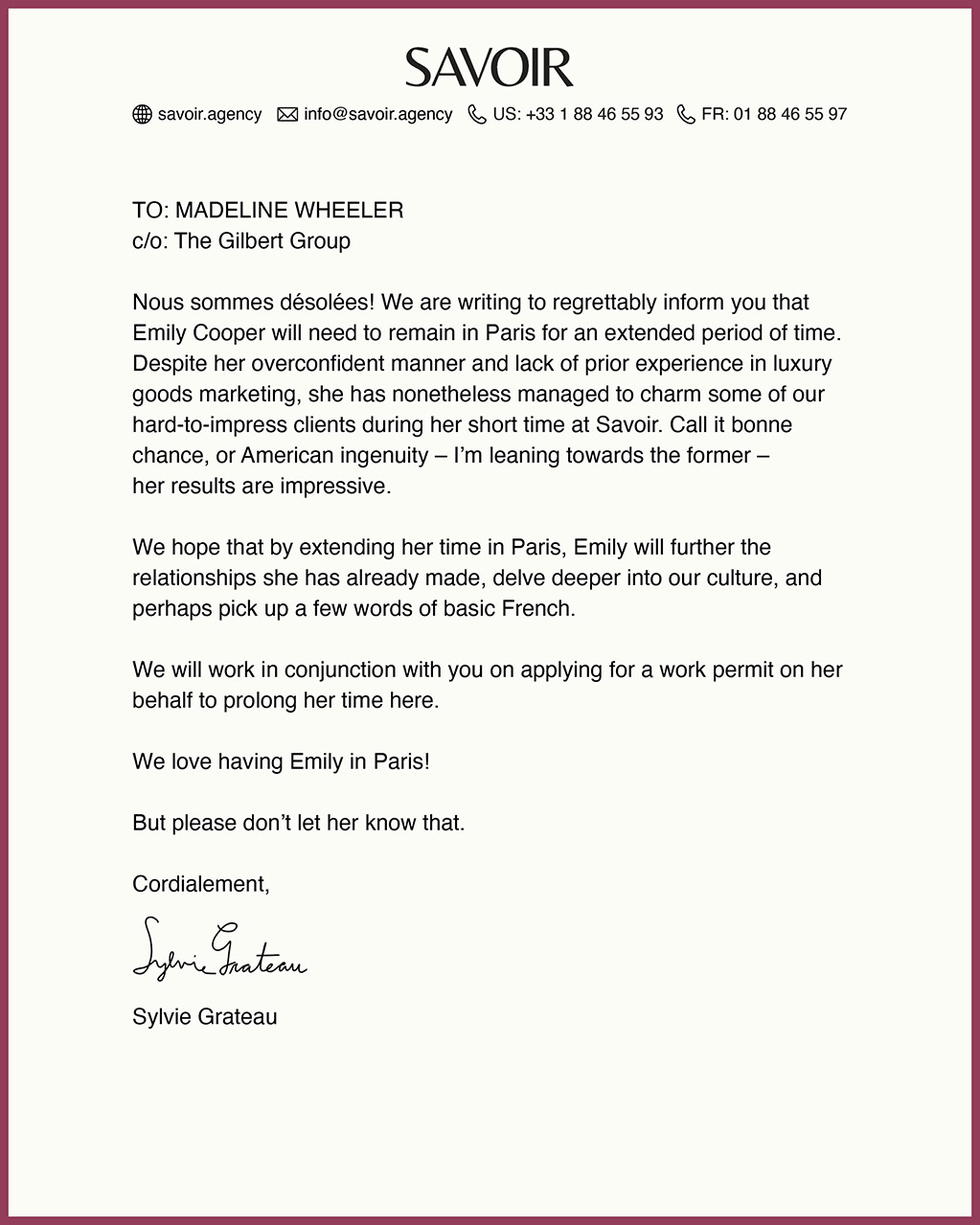 In the letter, Sylvie - who is played by Philippine Leroy-Beaulieu - wrote: "We are writing to regrettably inform you that Emily Cooper will need to remain in Paris for an extended period of time. Despite her overconfident manner and lack of prior experience in luxury goods marketing, she has nonetheless managed to charm some of our hard-to-impress clients during her short time at Savoir.

"Call it bonne chance, or American ingenuity - I'm leaning towards the former - her results are impressive. We hope that by extending her time in Paris, Emily will further the relationships she has already made, delve deeper into our culture, and perhaps pick up a few words of basic French.

"We will work in conjunction with you on applying for a work permit on her behalf to prolong her time here. We love having Emily in Paris! But please don't let her know that.”

Emily in Paris will return for Season 2! pic.twitter.com/QDOzpzjliz

Netflix did not reveal when the sophomore season would begin production or when it is slated to hit the streaming service.

The news comes after it was recently reported Lily had "verbally agreed" to star in a second series of the show, which is the creation of Sex and the City showrunner Darren Star.

An insider, who works with Netflix, said this week: '"Emily in Paris' is coming back. It has been a huge hit and become a talking point for the network worldwide. The show has brought such joy to people.

"A deal is all but signed off for Lily, who is keen to continue.

"She loved the character, script and the reaction from fans around the world.

"Things could not have gone better as they'd planned ideas for a second season.

"The hope is that they will film in spring if lockdowns are lifted to have the series ready by October."

If you haven't already binged it, check out season one of Emily In Paris on Netflix now.