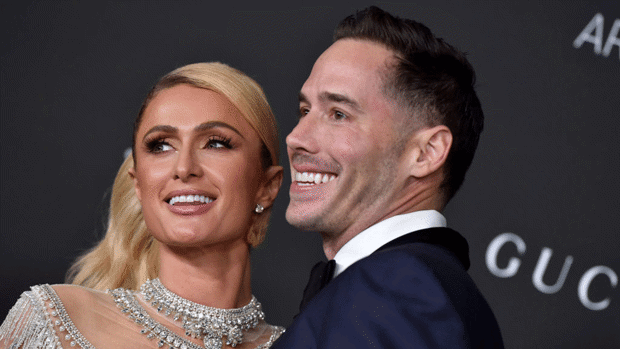 Paris Hilton and Carter Reum have got married.

The 40-year-old hotel heiress and the 40-year-old venture capitalist tied the knot at the Bel-Air estate of her late grandfather, hotelier and philanthropist Barron Hilton.

The businesswoman posted the first picture of herself in her Oscar de la Renta bridal gown.

According to MailOnline, Paris' parents Kathy and Rick Hilton were among the first guests to arrive at the picturesque venue, with her brother Conrad Hilton and aunt Kyle Richards following close behind.

The nuptials was filmed for the star's new 13-part Peacock docuseries, 'Paris in Love'.

The series premiered on Thursday, in which Paris admitted she already celebrates “monthly” anniversaries with Carter, because they mark the date they started their romance every single month.

She said: "Carter and I celebrate our anniversary every month. We call it our month-iversaries. Every month on the 29th."

Kathy joked she thought the idea was “crazy”, but she is ultimately happy for her daughter.

She quipped: "The monthly anniversary thing, I thought that maybe they would do that for a few months or for the first six months. It went on and on and on, and whatever floats your boat … Crazy.”

Carter told the cameras: "We're definitely going to be celebrating monthly for the rest of our lives, it's kind of our thing.”

The couple - who got engaged in February after more than a year of dating - changed their wedding venue just days before they were due to marry.

An invited guest said last week: "It changed about a week or so ago.

"Originally, they were going to get married in the church, but they switched it about a week or so ago.

"It’s a three-day event. New email invitations went out [Wednesday] to confirm attendance, but there still aren’t any addresses [listed]. They’re going to be filming to death."