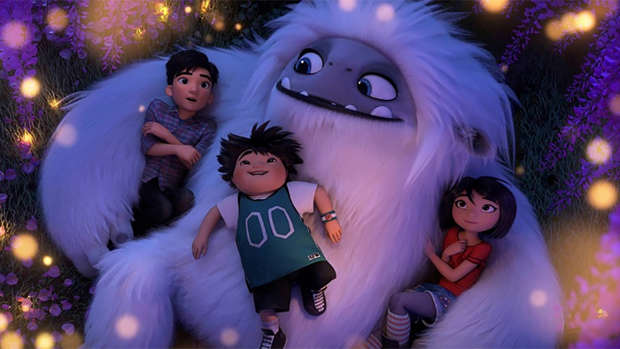 With no obvious blockbuster dominating the cinema these school holidays you may be wondering what to take the kids to. Well, wonder no more because we've compiled this handy guide to all the kids flicks screening over the hols.

A mutual foe forces the furious fowls to team up with their long-time piggy rivals. Freed from the shaky plot of the app on which the first one was based, this sequel expands upon the Angry Birds mythos to introduce new locations, new characters and an adventure plot that sends the unlikely allies off on an increasingly bizarre and - going by the first reviews - surprisingly funny quest.

Based on the popular plush toy line of, well, ugly dolls, this animated musical seeks to make its body-positive message entertaining, which is an admirable goal. The story follows a bunch of toys who have to learn to embrace their weirdness in the face of perfection. When the UglyDolls originally launched over a decade ago they had a funky hipster vibe. This, however, has not survived their leap to the big screen. With its bright bold colours and overt messaging this one is unashamedly aimed at littler kids.

Yetis are so hot right now ... following the big footprints of Smallfoot comes another animated yeti adventure. This one is from DreamWorks, the home of Shrek, and is all about a girl who wakes up to find a yeti on her roof. Cue the epic quest as she takes off to reunite the creature with his family while being chased by a wealthy financier and zoologist, who both want to capture the critter. DreamWorks knows how to make crowd-pleasers and Abominable looks certain to satisfy all ages as its filled with oodles of charm and stunningly realised animation.

Dora and the Lost City of Gold

This live-action remake of popular kids cartoon Dora the Explorer has been described as a "Goonies-style adventure" and, really, that's all the recommendation we need. But if you need more, this one sees Dora all grown up and struggling to fit in at high school. But then events happen and off she goes, to explore a lost Inca civilisation with a ragtag group of non-explorers. If you want to take your kids to an old-school adventure movie these holidays, this is it.

Support New Zealand-made by taking your kids to Mosley these school holidays. This computer-animated movie was made right here in Auckland and features an all-star Kiwi cast that includes Lucy Lawless, Temuera Morrison and Rhys Darby. The animation and character design are completely charming and it sounds thoroughly unique. It involves a treacherous quest, yes, but its story about a species of creatures rebelling and searching for freedom is something not usually seen in a kids' flick. We can't wait to see it and we think you should too.