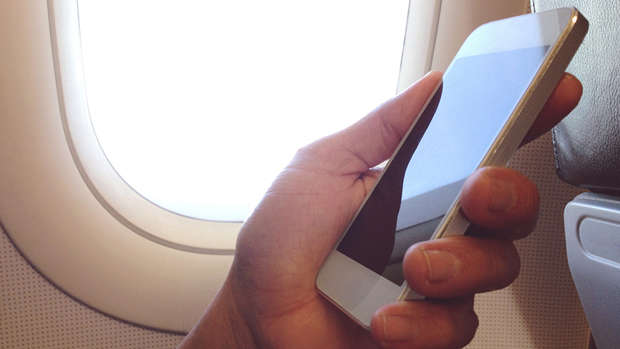 If you've been on a plane in the past few years, you'll know you have to put your phone in "Airplane Mode" before takeoff and for the duration of the flight.

And, of course, we dutifully oblige.

But have you ever wondered WHY they ask us to do it?

Well, it's not for the reasons you might think.

Contrary to popular myth, a device's signal can't interfere with a plane's electrical and telecommunications systems.

That's right. Your phone won't bring the plane down.

According to one pilot, modern technology is safe and reliable and there’s no evidence electronics have ever caused a crash.

BUT leaving your phone on not in flight mode does mean you could give the pilot a headache.

Apparently, pilots experience the same sort of unpleasant sounds that we do if a mobile phone is too close to a set of speakers.

"You may have heard that unpleasant noise from an audio system, that occasionally happens when a mobile phone is nearby."

READ MORE:
• Flight attendant goes viral with perfect recreation of Britney Spears' 'Toxic' video
• Emirates are recruiting for flight attendants – but the rules about how you must look are VERY strict!

"It sounds like a 'dit-dit-dit-dit' tone and it’s pretty annoying."

"I actually hear such noise on the radio while flying. It is not safety critical, but is annoying for sure," the pilot continued.

And the more people on the plane that fail to put their phone into Airplane Mode, the more annoying the sound becomes.

Which can even cause the pilot or crew to miss a crucial radio call from air traffic control.

So there we have it: no need to be paranoid, but definitely hit that flight mode button!