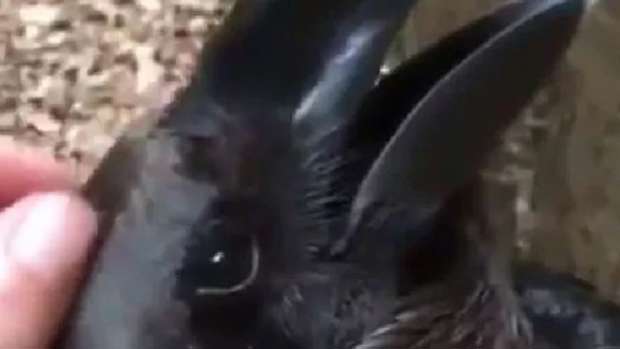 Unless you've been living under a rock for the past few years you will remember 'the dress'.

Was it black and blue or gold and white?

'The dress' literally broke the internet because nobody could make their minds up.

Rabbits love getting stroked on their nose pic.twitter.com/aYOZGAY6kP

While the caption clearly states it's a "rabbit" that is being affectionately petted in the viral video, some people are convinced that it is actually a bird.

So which one is it? At this stage ... it really is quite hard to tell!

Some believe the image really is of a fluffy rabbit enjoying its nose being rubbed and that the 'beak' is actually the bunny's ears.

However, others aren't convinced, noting that the animal seems to have feathers and that the 'ears' are too hard and unmoving to belong to a rabbit.

Since it was posted, the bizarre optical illusion has been shared almost 40,000 times and has more than 1,000 comments.

What do you see?