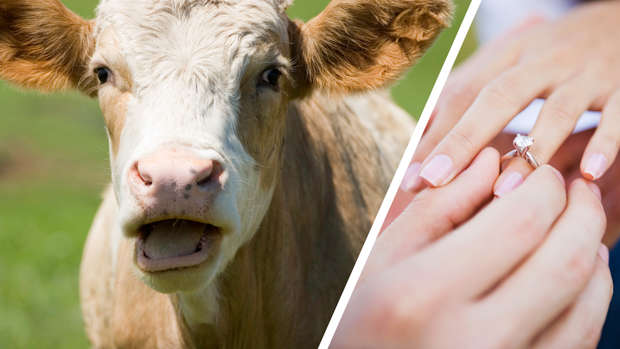 Of all the ways to pop the question, this may be the most mooooooo-ritfying.

A photo of what is likely to be one of the world's worst proposal has gone viral after being shared on a popular Facebook group.

The image, showing a diamond ring squeezed on to a cow's udder, was posted to the group That's It I'm Ring Shaming after a woman from Singapore saw it on her newsfeed.

She wrote: "Shaming the ring and the whole photoshoot.

"The person is a farmer. Still doesn't excuse his bad taste. And is this considered a nipple ring?

"If my eyeballs are forced to suffer through this nonsense I'm dragging everyone down with me." 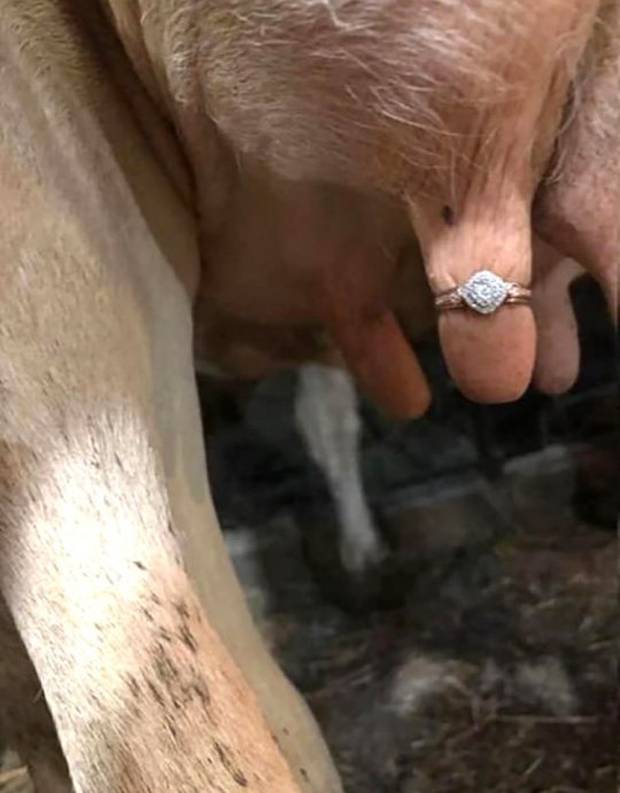 While most commenters agreed the proposal was disgusting, it didn't take long for the puns to start flowing.

One wrote: "My boyfriend proposed via a cow's teat. How dairy!"

Another user said: "He's really trying to milk the proposal", while one wit suggested they were "udderly disgusted".

Some called the ring's size into question, asking: "Is that a tiny udder or a rather large ring?"

Others slammed the farmer for abusing the cow, saying that the animal did not deserve "being abused in this fashion".

One pointed out: "It may be a tight fit and the poor thing may be in some pain".

In keeping with the theme of the Facebook page, it was left to one user to get the real issue, the ring.

One wrote: "This is udderly terrible. Sorry had to go for it. But really this is gross. The ring is a mess of clusters and the band is too thick. Like the person thought how can I make this ring bigger without spending any more money."