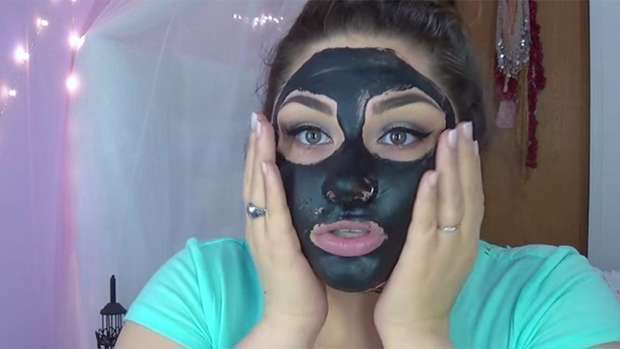 We've all seen those black face mask videos that have been popping up on our Facebook feeds. But you really shouldn't be using them.

The masks come with all sorts of amazing promises. They’re filled with skin purifying charcoal (that’s why all the masks are black). They’ll suck out any blackheads or blocked pores. As you peel them away from the skin, you’ll lift off any dirt or blockages, too.

Apparently, it's also meant to hurt a little bit too, but that doesn't matter, says the masks' makers.

But here’s the thing.

Not only do these blackout peel-off masks not actually do what they say on the packet, they also have the potential to damage your skin.

Metro.co.uk spoke to Andy Millward, facialist, aesthetician, and member of the British Association of Beauty Therapy and Cosmetology to find out if these masks are worth the pain of ripping off all the tiny hairs on your face, and he warned of just how much damage they could be doing.

‘They effectively act like glue binding to the cells on the skin’s surface as well as any vellus hair,’ Andy said.

‘In fact, there are loads of DIY versions of the mask doing the rounds on YouTube which literally are made from PVA Glue and charcoal powder.

‘When removed, the mask is removing cells from the outer layer of skin (the stratum corneum) and any hair along with it. You only need to watch some of the videos that have gone viral to see the excruciating pain the mask users are in.’

Andy said that when you notice how soft and smooth your skin is after using the mask, it's basically 'cause you've effectively stripped off a surface layer of skin. Eeeek.

The other thing the masks are pulling off your face, other than your baby hairs? All the natural oils that sit on your skin to keep it healthy.

These oils, Andy explains, provide a chemical barrier that protects the skin from any harmful micro-organisms. So when you strip them away, you’re leaving your skin open to all kinds of nasty stuff.

‘It’s a little like using a chainsaw to prune a tree, when some hand-held garden shears would have done the job,’ says Andy.

‘The chainsaw might get the job done, but you’ll end up stripping the tree back a little further than intended.’

It’s also worth noting that a lot of the ‘blackheads’ you see satisfyingly removed by the mask aren’t actually blackheads. Many are sebaceous filaments, which, again, protect the skin from harmful bacteria.

If you have used these masks and are now worried about your skin, don't worry, you haven't destroyed it forever.

Within 30 days, the skin will replace the oils and sebaceous filaments you’ve ripped out with your mask, so the damage will heal.

But that won’t happen if you keep using the masks on an endless cycle of wanting your skin to be perfectly smooth.

‘If you’ve used the masks once you’re unlikely to cause any long-term damage so don’t panic,’ says Andy.

‘The positive thing is the skin is a very sophisticated organ. It is more than capable of replacing the sebaceous filaments that have been removed.

‘However this process can take up to 30 days, during which time the skin is obviously going to be a little more vulnerable.

‘So if you continue to use products that strip the skin of its natural oils (including harsh cleansers and exfoliants) then you’re likely to cause secondary issues.’

He recommends using a gentle cleanser while you wait for the skin to recover.