A woman's genius hack on how to close a cereal box properly has gone viral on social media.

In her Facebook post, Holden-McGhee writes: "It's only taken me 40 years, but I now know the correct way to close a cereal box.

"Genius. It takes seconds, no more dried up cereal and ugly torn boxes to greet me every morning." 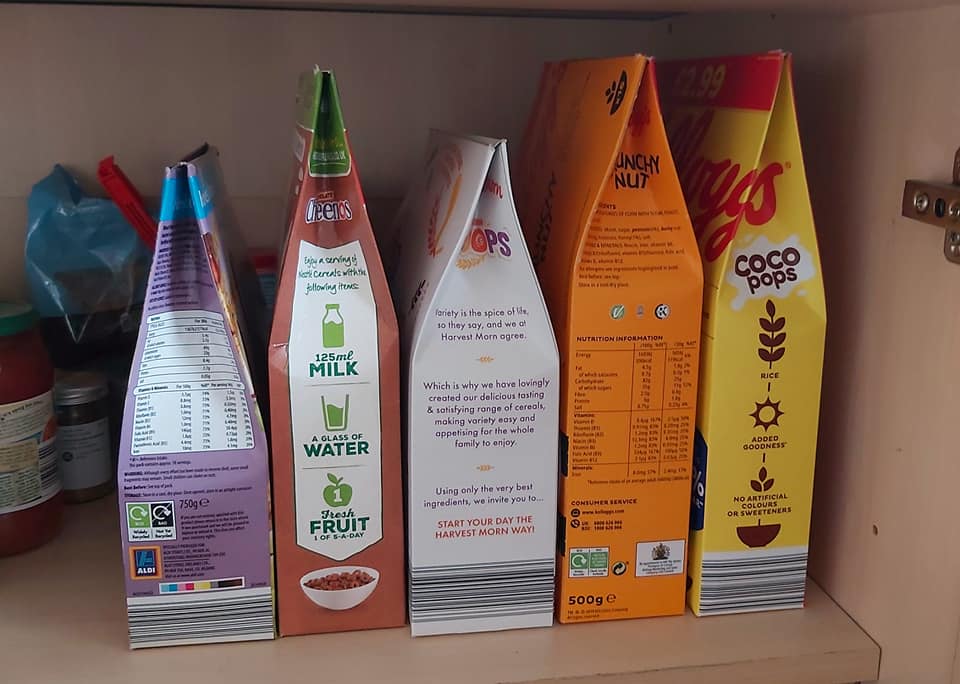 In the video, she folds the small flaps on the side into the cereal box.

She then folds one of the top sides down, before creating centrefolds on each small side.

Holden-McGhee then folds the other top side down inside the box and there you have it — a fully closed cereal box.

The woman told Metro UK she discovered the hack on social media.

"I came across a post of an American lady who had done it and I was like 'that looks amazing'," she said.

Her husband laughed at her when she first tried out the hack, so she decided to prove him wrong by sharing photos of it on social media.

Not long after her friends asking her to share a video on how to do it.

"So in my dressing gown, I got my husband to do a little video because I just thought my friends would see it," she added.

However, after uploading the video the post soon went viral and her post was flooded with comments and praise.

"Loads and loads of people have shared pictures of their own cereal boxes, which is so cute," she said.

"And I've had quite a lot of people from America [who eat a lot of crackers], telling me you can do it on cracker boxes, too."

Holden-McGhee said that one person commented that the technique used to be published on the back of cereal boxes years ago.