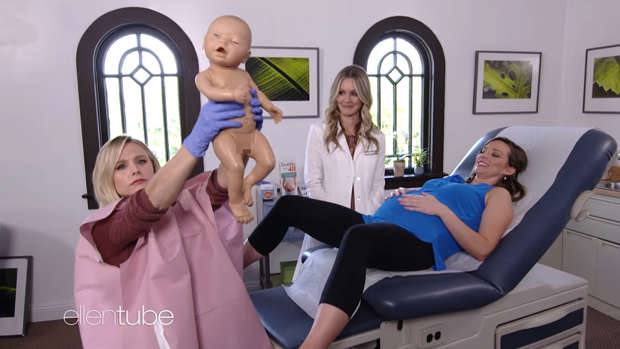 Becoming a mother for the first time can be scary ...

Luckily, actress and mum, Kristen Bell has created a new video series called 'Momsplaining' to talk about some of the biggest struggles mothers everywhere experience.

The original series is hosted on Ellen DeGeneres' EllenTube and reveal how hilarious and hard parenthood can be.

The Bad Moms star tackles topics like pregnancy, breastfeeding and postnatal depression. Five videos have already been unveiled, with a new episode being released every Friday.

So far we are absolutely obsessed with this awesome series! Watch them all below: