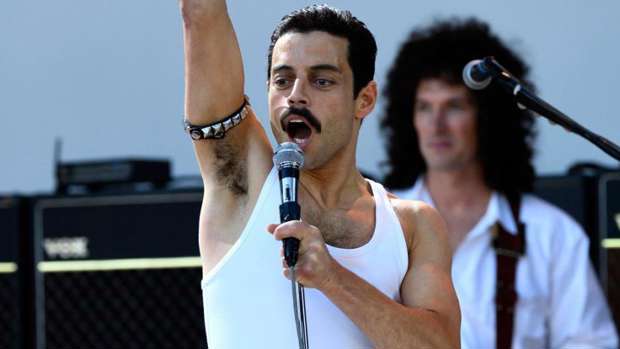 They're notorious for being extremely serious, but it appears even the Buckingham Palace guards couldn't contain their excitement when Rami Malek and Queen won the top honours at the Golden Globes' on Monday.

Just hours after Rami Malek won Best Actor and the film, Bohemian Rhapsody, won Best Drama Motion Picture, the Band of the Grenadier Guards treated onlookers to a rendition of the iconic Queen song of the same name.

As the guards usually stick to ceremonial music, tourists who had gathered to watch the changing of the guard were pretty stunned, with many posting on social media about the moment.

One Twitter user posted a video of the performance with the caption: "Bohemian Rhapsody at Buckingham Palace today. So cool!"

WATCH MORE:
• Rami Malek's awkward encounters with Nicole Kidman and Lady Gaga at the Golden Globes is the purest thing you will ever see
• Rami Malek responded to THAT awkward Nicole Kidman snub in the most adorable way

"I have a whole new respect for Her Majesty The Queen!!!" said another.

While a third added: "Buckingham Palace has never been this cool!"