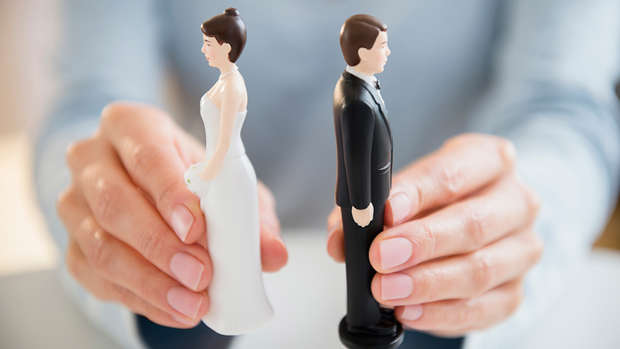 From choosing an outfit to buying a present, wedding etiquette can be a minefield.

One wrong step and even the most well-meaning guest can quickly find themselves being remembered for all the wrong reasons.

Now a list of the top 20 worst wedding faux pas has been published and it reveals some surprisingly simple mistakes many might find themselves guilty of making, according to the Daily Mail.

High street fashion chain Jacamo asked wedding guests about the most inappropriate, rude and offensive behaviour they had witnessed at weddings.

A tasteless best man's speech topped the list, proving that it is one of the most difficult tasks on the big day.

More than a third of respondents said they had heard speeches that mentioned past girlfriends and unflattering exploits that would have been better left unmentioned.

While wedding days can be long, people agreed that leaving before the end of the speeches was unacceptable and put the early departure second on the faux pas list.

Inappropriate outfit choices appeared multiple times on the list. Wearing an overly-revealing outfit was considered the third biggest mistake, one place above wearing all-black or all-white for the occasion.

Opting for a dress that was very similar to the bridesmaids' gowns was also on the list - coming in seventh place.

While women were the most common offenders when it came to fashion, men had their fair share of wardrobe mishaps.

Some 9 per cent of respondents said they had seen men arrive at a wedding wearing jeans. The casual look was placed twelfth on the list.

Meanwhile, it can also be a bad idea to overdress for the occasion. Mistakenly coming in black tie was the fourteenth worst offence. However, just 2 per cent of respondents had ever seen someone left red-faced by this mistake.

2. Leaving before the reception speeches are finished

3. Guests wearing outfits that are far too revealing

4. Wearing all white or all black

6. Taking flash photography at the ceremony

7. Wearing a dress very similar to the bridesmaids

8. Blocking out the view of others in church with very large brimmed hats

10. Getting drunk/rowing and causing a scene

11. Forgetting to turn the ringer off your mobile phone for the ceremony or speeches

13. Being too aggressive when trying to catch the bride's bouquet

18. Posting on social media when asked not to

Forgetting the names of the bride and grooms parents

20. Trying to chat up the bride or flirt with the groom