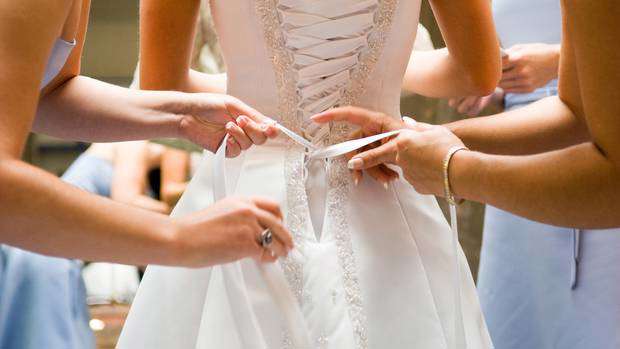 A bride-to-be has been slammed online after asking one of her bridesmaids to cover up her tattoos.

Taking to Reddit, the woman explains that her friend recently became engaged and asked her to be a bridesmaid.

However, she was shocked by her friend's "invasive" request to conceal her tattoos with makeup.

"My friend responded by saying that for uniformity sake and because her mum doesn't like them."

She then went on to say why she wasn't happy with the bride's request.

"I told her that 1. One of my tattoos I'm NOT okay with covering as it covers a pretty visible scar on one of my arms.

"2. Since I have a lot of tattoos, I would need a lot of makeup to cover them.

"I did, however, tell her that since it's her wedding if she really and truly did not want me to have visible tattoos I would cover them."

But, the bridesmaid said she did feel as though it was an "invasive" ask.

"Like I understand that it's her wedding day and that uniformity is important, but at the same time we're all different people with different bodies," she wrote.

"She wouldn't ask me to dye my hair, so why tell me to cover my tattoos?"

Other Reddit followers sympathised with the bridesmaid and her situation.

"I think it is not very considerate of her to ask you to cover them," was one comment.

"For one she is asking you to cover up something that is part of what makes you who you are and for two covering a lot of tattoos or large tattoos can get quite expensive."

Another commented: "So unrelated to the completely rude request, there's another concern.

"No matter how transfer-proof your cover-up make-up is, there is always a chance that it will rub off on her dress, your walking partners suit, or literally anything else. Why would she want to risk that part?"

Another person urged her to drop out of the wedding entirely.

"I think she should accept you - artwork and all - in her wedding/photos, or be gracious and understanding if you decline to be in her wedding and choose to attend as a guest instead," one commented.

Later on, the bridesmaid said that the pair came up with a compromise.

"We came to an agreement/compromise and I only have to cover the tattoos for the wedding photos/ceremony and I can wash the makeup off at the reception," she wrote.