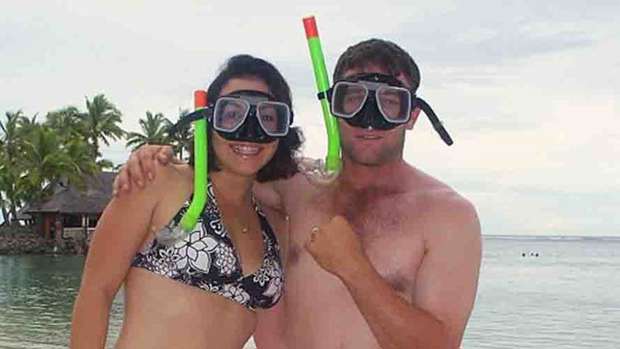 Alana McMillan and husband Russell were on their honeymoon in Fiji when he lost his wedding ring. 10 years later he was reunited with it. Photo / Alana McMillan

A husband has been reunited with his wedding ring 10 years after he lost it while snorkelling in Fiji on his honeymoon.

Alana McMillan and her husband Russell were staying at the Warwick Resort in 2008 when his ring vanished without a trace.

The couple thought the ring was gone forever and headed back home to Australia having come to terms they'd never get it back.

"We looked for maybe half an hour but we truly didn't believe we would find it in the ocean, we thought we'd never see it again," Alana told Daily Mail Australia.

More than 10 years after the incident, Russell's work friend Will Clothier was reminiscing about his own time in Fiji, revealing he stayed at the same resort as Russell.

Russell recounted the story of his lost ring, and to his amazement heard that Will had found a man's wedding ring while snorkelling at the resort eight years ago.

"Will remembered the ring was covered in moss and he gave it to his parents to keep safe. But Russell thought it couldn't be his because it was a decade ago," Alanah said.

Russell described the ring, which had a unique design: a thick band bordered by the detail on each side, made from two different-coloured metals.

After piecing together the puzzle, Will called his parents and asked to take a look at the ring.

Two days later, Russell was left astonished. It was his ring. 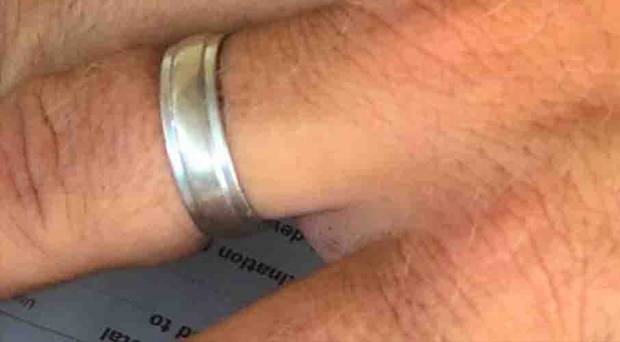 10 years later, he was reunited with his wedding ring after his workmate found it when holidaying at the same resort. Photo / Alana McMillan

"The whole thing is mind-blowing, I can't believe it still," Alana said.

"It's unbelievable. When it came back to us, I was like 'oh my god that just doesn't happen'. I pushed it onto Russell's finger and now he can't get it off.

"It's a bit faded, the detail just looks old but that's normal because it was in the ocean for two years."

"I think it's the universe [saying] we're meant to be together," she told Warwick Daily News. "It's a 10-year wedding anniversary present."

Russell has no plans to let it go again.

To mark the 10-year anniversary the couple will be heading back to the same resort in March.