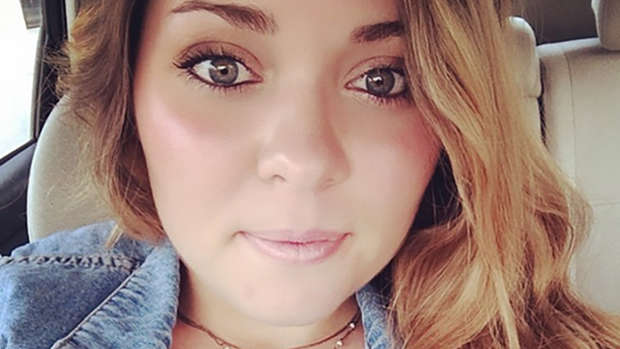 Countless brides spend the months before their wedding getting in shape for the big day.

Back in July 2015, Smith's fiancé proposed when she weighed her heaviest at 125kg, according to Us Weekly.

"I didn't even recognise myself," Smith said of the photos taken on that oh-so-special day. "I had no idea I had let myself go so much. I couldn't believe Matt would want to be with someone like me. I was so ashamed."

So in the year leading up to her big day, she embarked on not just a wedding workout plan, but a total lifestyle makeover.

#transformationtuesday wedding edition! My proposal on the left (280ish) in July, 2015 and my bridal picture on the right (165ish) Oct, 2016. Both were amazing days that were filled with joy, but they are just two completely different people. I've gained and lost a person in this last year, some good and some bad. Looking at these pictures makes me feel so proud and excited about what's to come! • I am 5'10" for all those who will ask. • #fitspiration #fitnessinspiration #fitspo #beforeandafter #beforeandafterweightloss #weightloss #fitbride #sweatingforthewedding #BOD #BeforeAndAfter

"I made slow adjustments over the course of the year, starting with not eating after 8pm and only ordering takeout twice a week," Smith said, explaining how making small changes eventually led to BIG results.

"I started jogging three times a week at just 30-second intervals for about a half hour, and then I added strength training."

15 months later and just under 50kg lighter, Smith said her "I dos" and walked down the aisle in the wedding dress of her wildest dreams — a lovely, form-fitting lace bridal gown by Maggie Sottero.

Here's a little before and after of my hand. The left picture is the day Matt proposed. I was so embarrassed of my sausage fingers that I would only post a picture of the ring if it wasn't on my hand! I dreaded people asking to see the ring because my hand was so pudgy. Now 2.5 sizes down, I have just a normal looking hand. I know it's such a small change and probably only I notice it, but I'm still proud! #nsv #nonscalevictory #tiffany #tiffanyandco #engagementring #beforeandafter #weightloss #fitbit

"I thought for sure I would get married in a long-sleeve ball gown dress to hide my whole body, but I ended up picking a strapless mermaid dress," Smith told People magazine.

"I felt so beautiful in it! Instead of being self-conscious and hiding or sweating the whole time, I was able to feel confident, relax, enjoy my family and friends."

Smith even continued her fitness regime while on honeymoon in New Zealand! How impressive is that!?

For some reason, when you wake up in paradise, it's easier to get a workout in. Today was my first official 'set my alarm and wake up' workout in over a week, so I thought I would feel out of breath and tired. But I cranked through a small stretch followed by a strength session and easily ran a mile! New Zealand just makes you feel lighter, I guess haha. Let's see if I can do it two days in a row! Off to do some whale watching! #fitbride #morningworkout #morningrun #plank #morningyoga #squatsfordays #honeymoon #newzealand #beachworkout #kaikoura #whalewatching