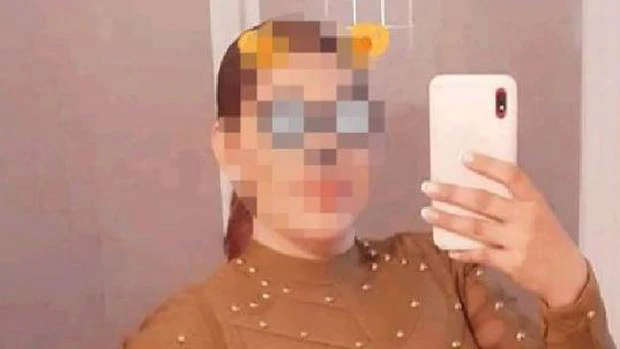 A wedding guest has been slammed for wearing a "knock-off" version of Kim Kardashian West's famous wet-look Met Gala dress.

Kardashian's waist-cinching Thierry Mugler gown made headlines last year, but not all replicas have been made equal.

A photo of the woman wearing the knock-off was shared to a wedding shaming Facebook group, where horrified commenters compared her look to an insect. "This dress is a travesty. Reminds me of a cockroach belly," wrote one.

"The colour reminds me of a Bandaid," added another.

This isn't the first time a revealing wedding outfit has been slammed. 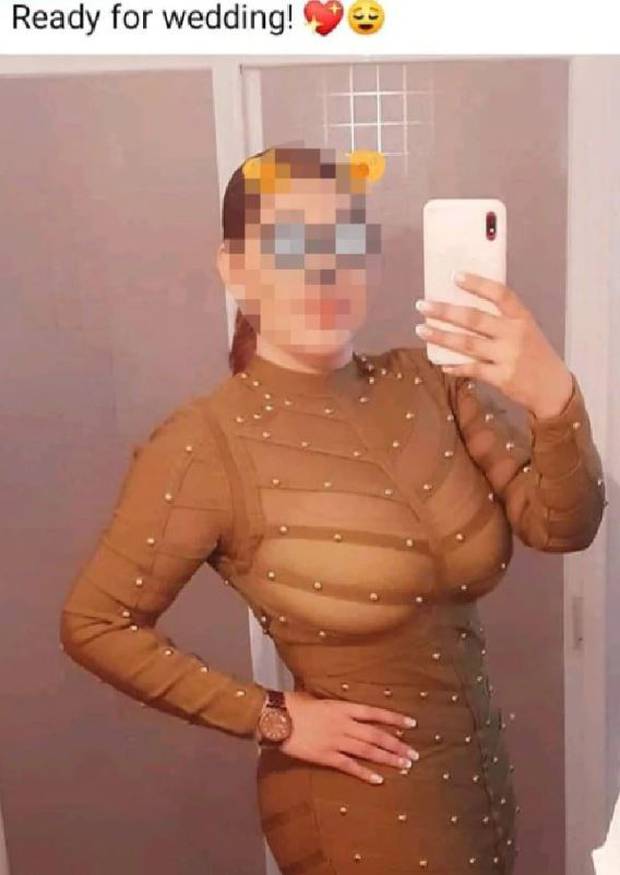 Last year a furious bride publicly shamed her own cousin after she showed up wearing a skin-tight bodycon dress to her wedding, news.com.au reported.

Taking to Facebook, the anonymous newlywed shared the photo and begged someone to edit the outfit to make it look "smoother" and "cover-up her boobs".

The offending cousin, standing on the far left, was dressed in a skin-tight tank dress in an olive green colour, with a scoop neckline and a mini skirt hemline. 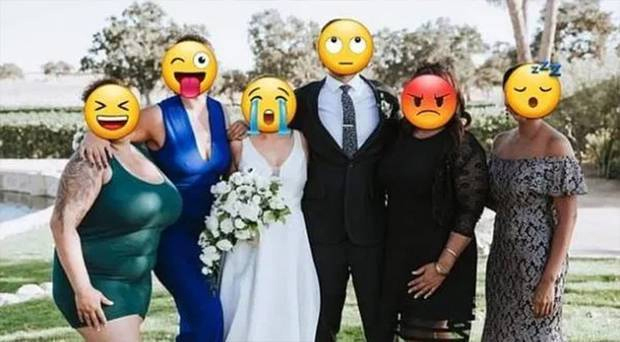 Captioning the photo the bride wrote: "Can anyone edit my cousin's dress on the left to cover up her boobs, make her dress longer and her stomach smoother.

"I will donate $3 to my favourite edit. I have permission to edit. Thanks."

She later updated her post to say: "Please no rude comments. Please bump, make an edit or scroll on. Thank you."

The furious bride's post was subsequently shared on the infamous Facebook group That's It I'm Wedding Shaming, where many of its 130,000 worldwide members expressed horror in her cousin's outfit choice and compared it to swimwear.

"I thought she was wearing a freaking 1 pc swimsuit," said one commenter.

Another agreed adding: "Holy f**k her dress is horrible."

A third wrote: "I'm all for dressing how you like but seriously it's a wedding, dress for your size and have some class."

But others were arguably more horrified by the bride herself for offering only $3 to edit the photo.

"The most offensive thing about this whole post is that she offered to pay the editor $3 lol" said one user.

"Do we get the whole $3 all at once? Not sure if I can handle so much wealth," joked another.