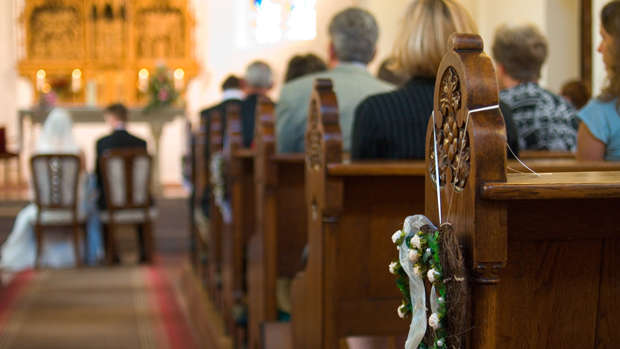 A woman has been branded "selfish" and "cringe-worthy" by going behind a friend's back to ask her parents for a wedding invite after being left of the guest list.

The British Mumsnet user provoked a heated debate when she revealed what she'd done after feeling hurt over being left out of her childhood best friend's nuptials, the Daily Mail reports.

She revealed that after not speaking for five years, they were back in touch again, and she was crushed not to be invited especially as they friend had been maid of honour at her own wedding.

So she'd gone to her pal's parents in the hope of securing a last-minute invitation, and was baffled when the suggestion was "met with hostility". However, commenters slammed the woman for expecting the bride-to-be to invite her after only recently reestablishing their friendship.

The woman explained that her childhood friend now lives in France and is getting married in August.

After reconnecting at Christmas they text weekly and her friend has said she's welcome to visit anytime.

But when she didn't receive an invite to the upcoming wedding, the woman approached the bride-to-be's parents.

"I asked them if it would be OK if I surprised her by coming to see her before she gets married at the town hall so I could see her in her dress etc.

"I was immediately met with hostility and I could tell straight away by their faces that they didn't want me to."

She insisted that she could just stand outside the town hall and watch her walk in, but the parents were reluctant, leaving her feeling crush.

Mumsnet users advised the woman to stay away from the wedding and stop trying to persist in receiving an invite.

One person wrote: "It's not that you're being unreasonable as such but where's your pride? You don't ask for invites, if she wanted you there she'd have invited you".

Others cringed at the woman's actions and tried to convince her that a surprise appearance wouldn't be welcomed.

Another told her: "Oh my gosh! I'm cringing for you! She doesn't want you at her wedding otherwise she would have invited you! Stay away from her wedding, you sound extremely selfish and entitled".

"You haven't spoken for five years so whatever happened must have been pretty serious and the fact she hasn't invited you to her wedding proves that she is still not over whatever made you both fall out. If she valued you as a friend then you would have been given an invite".