Less than three weeks after the first devastating earthquake, another earthquake has struck Nepal.

The second quake measuring 7.4, at a depth of 19km, hit at the base of Mt Everest. 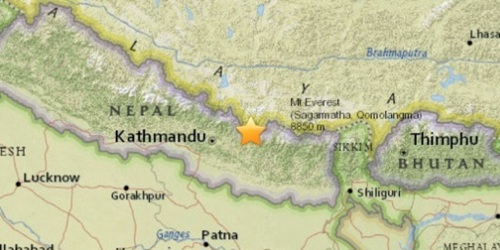 It caused people to run out of buildings in the capital Kathmandu and shook structures in the Indian capital.

The quake was earlier measured at 7.1, but was later upgraded by the USGS.