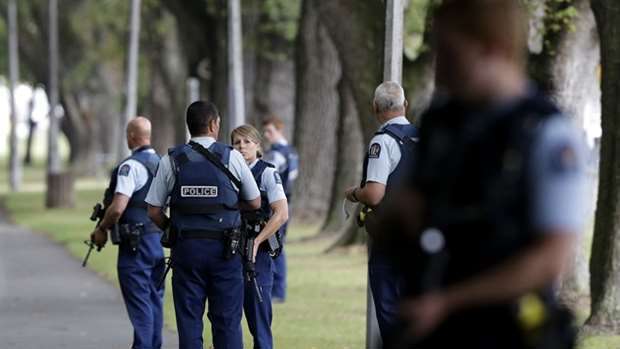 More than $2.5 million in donations has poured in to help the victims of the Christchurch massacre.

The New Zealand Council of Victim Support Groups set up a crowdfunding page just before midnight last night - less than 11 hours after the shootings at two mosques in the city.

In little more than six hours, more than $500,000 had been given to the Givealittle cause. The web page for the cause is now thought to be overwhelmed with traffic and is intermittently crashing.

Based in the United States, LaunchGood describes itself as "a global crowdfunding platform to support Muslims launching good all across the world by helping them raise funds for their campaigns".

The LaunchGood appeal is headed "Standing with victims and their families - United for Christchurch - New Zealand mosque shootings".

"Let us take this opportunity to show our solidarity with the victims and encourage love, tolerance, and unity," the appeal page says.

"All funds raised are going to be distributed to the families by NZIIC - New Zealand Islamic Information Centre.

"All proceeds will help with the immediate, short-term needs of the grieving families. No amount of money will bring back their loved ones, but we do hope to lessen their burden in some way."

The Givealittle appeal states that it is the official Victim Support fundraising page for victims of the Canterbury shootings.

"Dozens of families have been bereaved and many more injured by ... [Friday's] horrific shootings," the Givealittle page says.

"They deserve our help and support! All donations received to this page will be used to provide support and resources for people affected by the Christchurch shootings and their family members."

Forty-nine people were killed in the shootings, described by Prime Minister Jacinda Ardern as a "terrorist act" and "one of New Zealand's darkest days".

A further 48 people were injured.

One of the gunmen livestreamed the shooting at Al Noor Mosque - which began at 1.40pm - in a chilling, 17-minute video.

The main shooter was identified by Australian police as a white, 28-year-old Australian-born man, who uploaded to his Twitter account before the shooting a manifesto explaining his intentions.

New Zealanders and people from all over the world continue to donate to the victims and a number of vigils are being organised across the country.