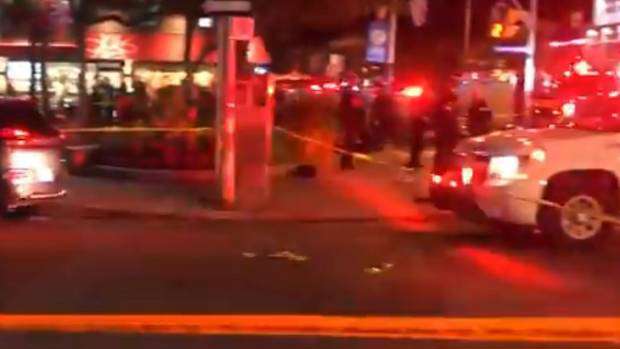 Reports say multiple people have been injured after shots were fired in the area of Danforth and Logan avenues in Toronto, Canada.

Toronto police say nine people have been shot and that the suspected shooter is dead, CP24 reported.

CP24 reported: "A large swath of the area has been blocked off as emergency crews respond to the scene."

Unconfirmed reports said a number of people had died.

BREAKING NEWS: Reports of many people down after a shooting attack in Toronto, Canada, with victims down across several blocks. Many paramedics and police officers on scene. We are closely monitoring the situation.
Developing... pic.twitter.com/zAyFAtE9TM

Police were called to reports of shots being fired near Brass Taps Pizza Pub in Greektown, BNO reported.

It says streets in the area have been closed.