Devising a unique, meaningful proposal can be a daunting task for any man.

But Terry, from Australia, went a step further than most when he proposed with a ring he had managed to get his girlfriend, Anna, to unwittingly wear for an entire 18 months.

The keen craftsman had hidden the diamond inside a simple wooden one-of-a-kind necklace he made himself.

Terry crafted the simple, shell-decorated necklace from Tasmanian pine wood and gave it to Anna on the couple's one-year anniversary back in 2015. 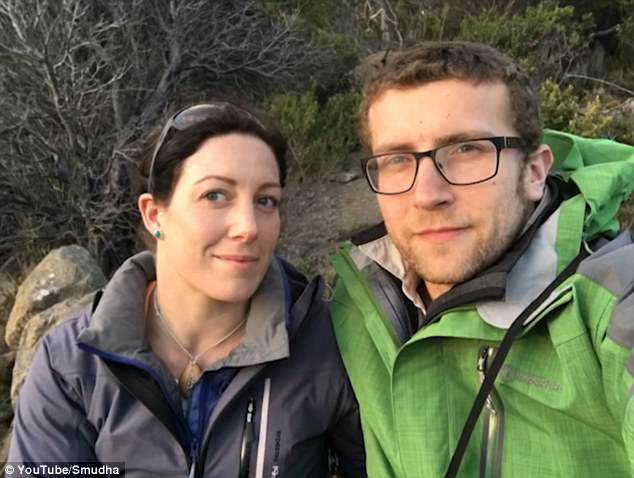 The couple, who are both in their early thirties, then spent another happy year-and-a-half together before he decided it was finally time to pop the question in an idyllic location.

Posting a montage of adorably romantic photos of the pair and their story to YouTube the prankster explained:

'Since we first met, we had always talked about the many places we would love to travel, and ‘Smoo Cave’ in Scotland had been one on our bucket list.

'So we travelled to Durness, where the cave is. But before we actually went down to the cave, I asked if I could have the necklace to take some photos of it among the rocks, which gave me a quick chance to break the seal with a knife. 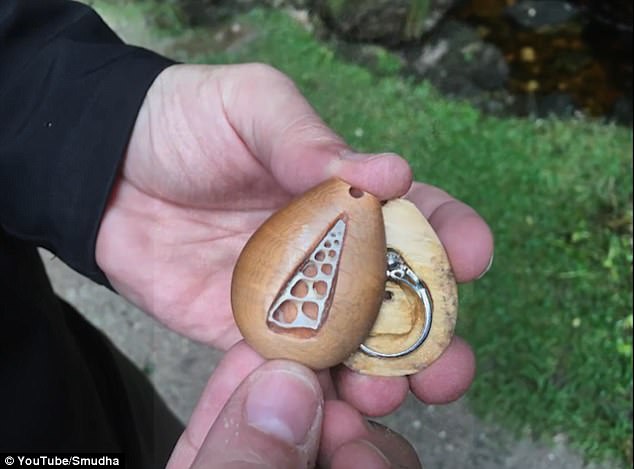 'We wanted a nice photo so I set up my camera and tripod on a timer, and rushed in.

'I took the necklace from my pocket, kneeled, broke it open and revealed that something was hidden inside the entire time.'

Terry told MailOnline: 'I had always loved the idea of giving someone a gift where they didn’t know its true value.'

In choosing the cave, the romantic was also lending the necklace an additional level of meaning, as Smoo Cave gets its name from an old Norse word for 'hiding place'.

When Terry cracked open the necklace, he explained how a stunned Anna immediately said 'yes', before adding: 'But I could have lost it, you f***ing idiot!'

He quipped that her reaction was a mixture of 'happy' and 'angry'.

Anna had been wearing the seemingly non-valuable necklace every day; to do chores, go shopping and to get on aeroplanes, so the chances for it to get lost - or for the ring to get exposed - were many.

Terry added: 'My biggest moment of panic was when we went through airport security the first time.

‘I hadn’t thought about the fact that she might be asked to put it through the X-Ray, which could have very quickly turned into an airport security proposal!’

The couple, who enjoyed a romantic holiday in Scotland after the dramatic moment, are going to get married soon.