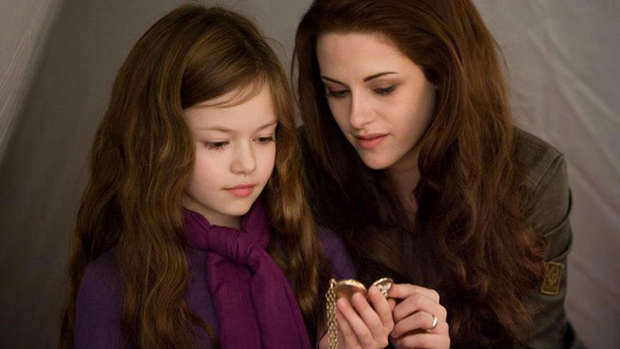 It's been six years since we were first introduced to Mackenzie Foy.

Yep, she was the genetically blessed 11-year-old who played Edward Cullen and Bella Swan's half-vampire daughter, Renesmee, in the film franchise 'Twilight'.

Now age 17, Mackenzie is all grown up and she has blossomed into beautiful young woman!

Mackenzie is still acting, playing Matthew McConaughey's daughter Murph in 'Interstellar' and she's just landed a role in Disney's live action re-telling for 'The Nutcracker and The Four Realms' as Clara.

We will no doubt see more of her in the future!